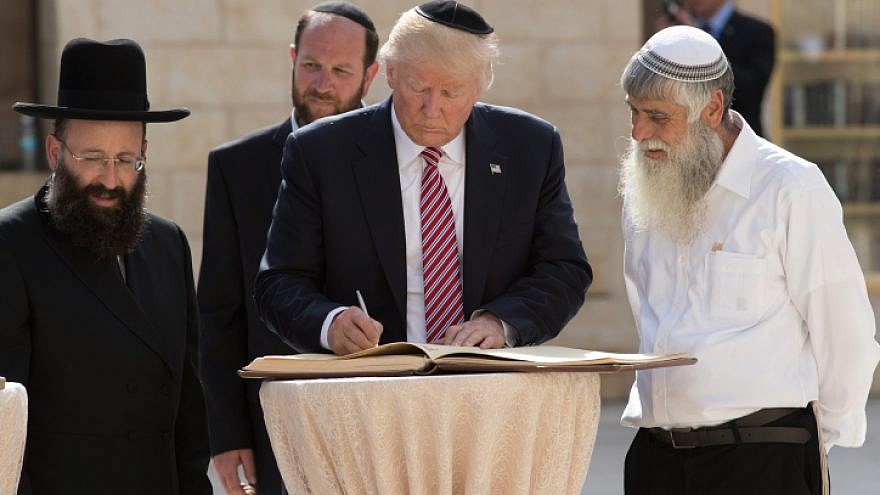 (December 13, 2019 / JNS) Despite U.S. President Donald Trump’s unpopularity in the U.S. Jewish community, he has overwhelming support from Orthodox Jews, according to a new poll.

AMI Magazine polled 700 Orthodox Jews, across 15 states, in which 89 percent of them approve of him, while 5 percent did not, and 6 percent were undecided.

Ninety-one percent of respondents said Trump should not be impeached, while only 5 percent said he should.

Additionally, 92 percent said they trust the president and Republicans more than the Democrats and U.S. House Speaker Nancy Pelosi on the issue of anti-Semitism.

Moreover, more than 80 percent believe that Trump has “accomplished the most for the security of Israel,” followed by former presidents Ronald Reagan and George W. Bush, both Republicans.

“Why do Orthodox Jews support Trump? Ask 100 people and you will receive answers as diverse as Orthodox Jews themselves,” wrote AMI Magazine.

Trump tweeted on Wednesday about the poll.