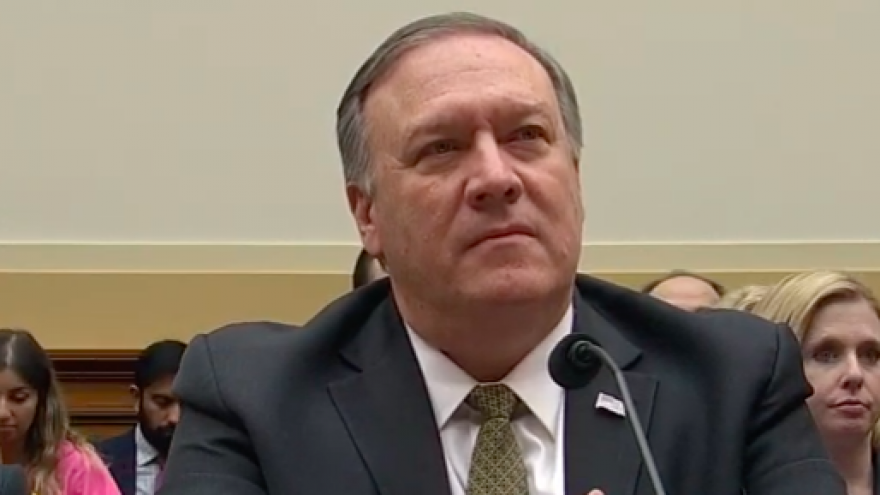 “We have made offers to the Islamic Republic of Iran to help, and we’ve made it clear to others around the world and in the region that assistance, humanitarian assistance to push back against the coronavirus in Iran is something the United States of America fully supports,” said Pompeo during a contentious hearing in the U.S. House Foreign Affairs Committee.

Earlier this week, Pompeo accused Iran and China of withholding information about the coronavirus outbreak.

On Friday, Pompeo said that Iran’s “health-care infrastructure is not robust, and to date their willingness to share information about what’s really going on inside the Islamic Republic of Iran has not been robust.”

Pompeo testified in front of the committee in a hearing about the U.S. elimination of Iranian Gen. Qassem Soleimani on Jan. 3 at Baghdad International Airport. Democrats used most of the time to demand answers about the administration’s response to the spread of coronavirus and for only showing up to the committee to testify for two hours.

Rep. Brad Sherman (D-Calif.) accused Pompeo of “trivializing” the injuries suffered by more than 100 U.S. service members in Iran’s strike on the Ain Al-Asad air base in retaliation for Soleimani’s death.

Pompeo responded that he has never trivialized any injuries. Sherman asked if Pompeo would like to apologize on the Trump administration’s behalf.

“We take seriously every American service member’s life,” said the secretary of state. “It’s why we’ve taken the very policies in Iran that we have.”

Rep. Susan Wild (D-Pa.) asked the secretary if that Iranian response was the “last we’ve seen of the retaliation for the Soleimani killing.”

Pompeo replied “yes,” adding “we are very worried about Iran, we have a strategic campaign to change their behavior.”

When asked if whether the United States was on the brink of war following Soleimani’s death, Pompeo said, “We were at a heightened sense of risk on both sides, I never observed we were at risk when I hear people talk about World War III, that is not where we were … ”

Rep. Dina Titus (D-Nev.) asked Pompeo, “What is the administration doing to stop Iran from having a nuclear weapon?”

Titus said, “I’ll take my time back since you’re making fun of my question.”

‘We couldn’t get more than two hours’

Some Democrats took issue with the time allotted for the hearing.

“We had to move heaven and earth to get you here for just two hours,” said Rep. Gregory Meeks (D-N.Y.).

“Sir, you limit us to two hours. Secretary [of State Hillary] Clinton spent 11 hours,” said Sherman. “You must adhere to the rules of this committee just as you enforced them as you were sitting in this room.”

Foreign Affairs Committee chairman Eliot Engel (D-N.Y.) said, “What’s really an embarrassment is that we couldn’t get more than two hours from the Secretary of State.”

Pompeo replied that the administration “has briefed Congress over 70 times on the issue of Iran.”

“They have enriched to a higher level than they did when we took office,” said Pompeo.