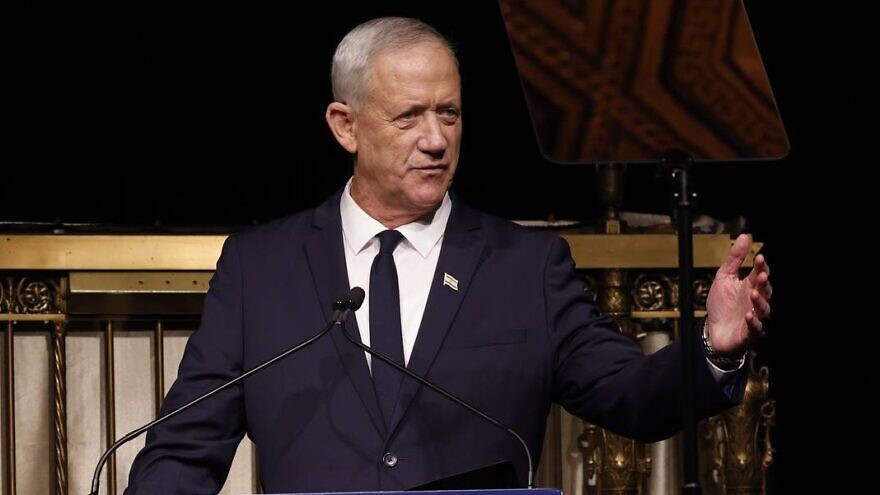 The decision came in response to a September complaint filed by attorney Zehava Gur, which stated that Fifth Dimension, a defense firm that developed information-gathering and analysis technologies, attempted to sell sensitive technology to the Gulf state of Qatar in 2017, a violation of the law.

Gantz served as chairman of Fifth Dimension and Ben-Barak as president.

The affair was first exposed last June in the United States as part of an FBI investigation into former U.S. Army Gen. John Allen, who was suspected of conducting foreign lobbying work for Qatar without reporting it.

Court documents revealed Allen had business ties with Fifth Dimension and helped negotiate a deal with Qatar worth $72 million. The deal does not appear to have been implemented.

According to the FBI, Allen met in the summer of 2017 with the head of Qatari intelligence and the Qatari defense minister to persuade them to approve the deal with Fifth Dimension.

Allen said in emails seized by the FBI that his mediation “will most likely lead to a final decision and result in Qatar deciding to buy the product of the 5th dimension.”

Allen was set to receive $1 million for his efforts.

The Ministry of Defense said that Fifth Dimension “is not and has not been registered as a defense exporter,” meaning if it tried to trade with Qatar it was doing so illegally, Channel 14 stated.

Following the State Prosector’s refusal to investigate, Gur intends to file a complaint with the police on the matter.