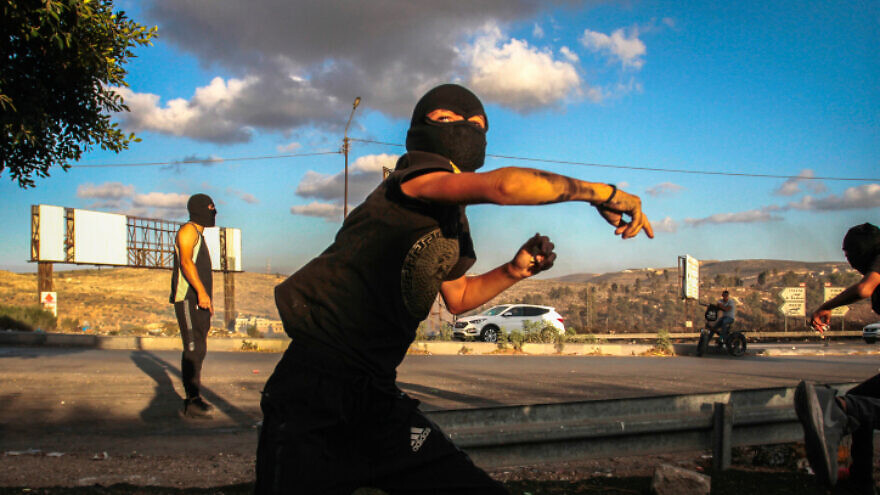 Palestinians riot at the Hawara checkpoint on behalf of the terrorists who escaped from Israel's Gilboa Prison, Sept. 11, 2021. Photo by Nasser Ishtayeh/Flash90.
Spread the word.
Help JNS grow!
Share now:

(January 26, 2022 / JNS) The total number of Palestinian terror attacks in 2021 reached 54, according to a report published on Wednesday by the Meir Amit Intelligence and Terrorism Information Center.

It said that despite incidents related to Israel’s 11-day conflict last May with Hamas in the Gaza Strip, the scope of terrorism in the West Bank and Jerusalem remained similar to that of past years going back to 2017.

Three Israeli civilians were murdered in attacks during 2021 with 34 injured. Twenty of the attacks occurred in Greater Jerusalem, and one took place in Jaffa.