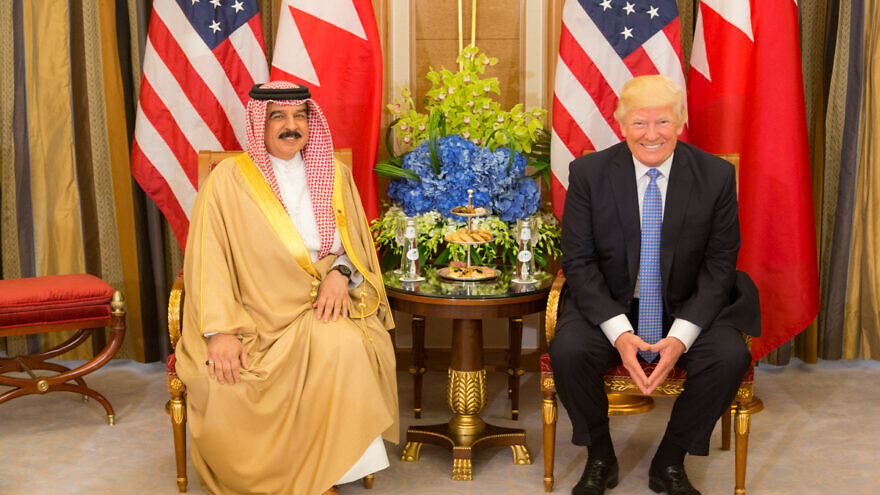 (August 16, 2020 / JNS) Bahrain could become the second Gulf nation to establish formal relations with Israel, the Hebrew news reported on Saturday night, in the aftermath of the announcement on Thursday about the historic treaty signed between the Jewish state and the United Arab Emirates.

According to Israel’s Channel 12 News, discussions held between Mossad Director Yossi Cohen and Bahraini Prime Minister Khalifa bin Salman Al Khalifa over the weekend appear to be a sign that a deal is in the works.

Bahrain’s official news agency revealed on Saturday that Al Khalifa had traveled abroad for a “private visit,” leading to speculation that the trip could be linked to relations with Israel.

Bahrain was one of the first nations to congratulate the UAE, with King Hamad bin Isa Al Khalifa phoning Sheikh Mohammed bin Zayed Al Nahyan, the crown prince of Abu Dhabi, to marvel at the agreement.

In an official statement, the Kingdom of Bahrain referred to the element of the treaty that puts on hold the Israeli government’s intention to extend sovereignty over the Jordan Valley and Jewish communities in Judea and Samaria—in accordance with U.S. President Donald Trump’s “Peace to Prosperity” deal—”expressed its sincere congratulations to the United Arab Emirates and its wise leadership for announcing with the United States of America and Israel an agreement halting the annexation of the Palestinian territories, as step towards the achievement of peace in the Middle East.”

During his press conference on Thursday to announce the deal with the UAE, Netanyahu said that he had “reason to be very optimistic that [it would] be followed by more Arab nations joining our region’s circle of peace.”