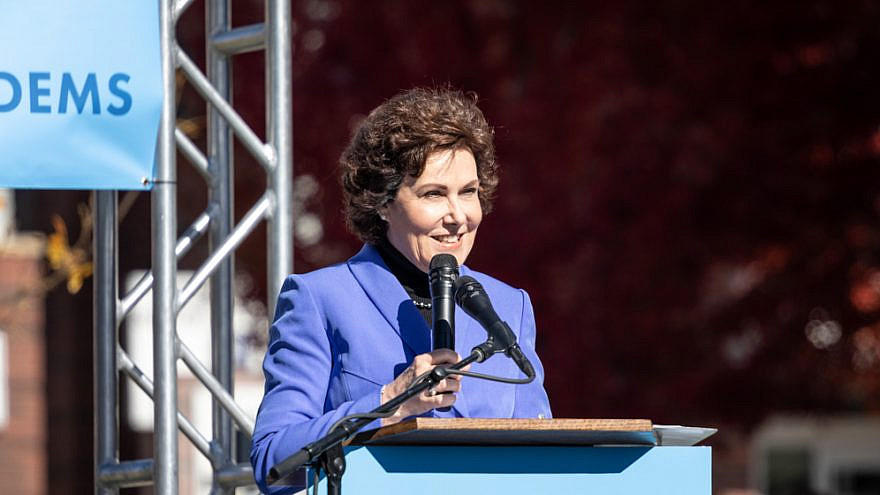 (January 17, 2023 / JNS) A Democratic lawmaker leading a bipartisan delegation of senators on a trip to the Jewish state is boycotting two Israeli ministers, Axios reported Tuesday.

According to the report, Sen. Jacky Rosen (D-Nev.) told Israeli officials that she and members of the delegation would not meet with Finance Minister Bezalel Smotrich (Religious Zionism Party) or National Security Minister Itamar Ben-Gvir (Otzma Yehudit).

The Abraham Accords Caucus delegation already visited Morocco, Bahrain and the United Arab Emirates, and was slated to touch down in Israel on Tuesday.

The Trump administration-brokered agreements normalized relations between the Jewish state and those three Arab countries, in addition to Sudan.

The Axios report cited two Israeli officials and a source close to Rosen.

Foreign Ministry officials cited in the report said that the American delegation was not slated to meet any lawmakers from the Religious Zionism or Otzma Yehudit parties.

The senators are seeing firsthand how the Abraham Accords have led to unprecedented regional integration and cooperation, and are discussing ways in which the agreements can be strengthened and expanded to bring in other countries, according to a statement released ahead of the trip.

“The historic Abraham Accords have transformed the Middle East—paving the way for unprecedented cooperation and normalization between Israel and Arab partners,” said Rosen. “The Accords are already contributing to all four countries’ economies and helping them work together to combat Iranian aggression. My colleagues and I look forward to meeting with senior government officials, business leaders and civil society organizations to discuss how we can strengthen the relationships fostered by the Accords and expand them to new countries.”