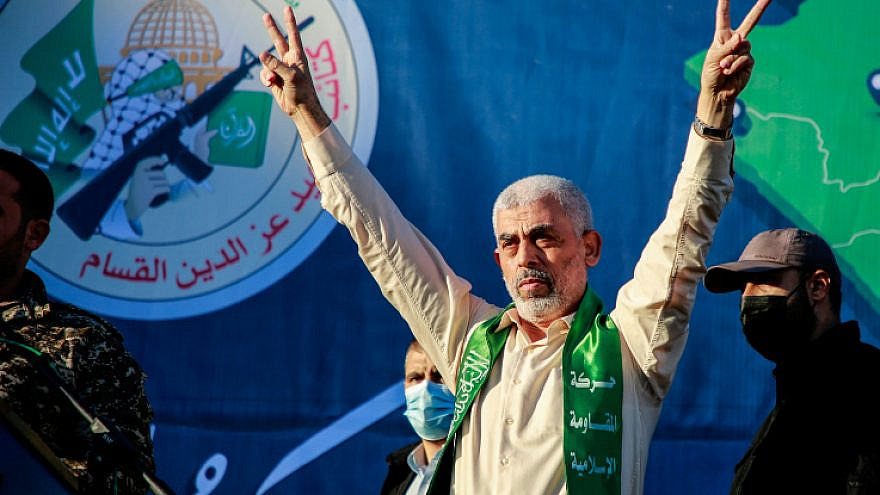 Yahya Sinwar, leader of Hamas in the Gaza Strip, at a rally in Gaza City, on May 24, 2021. Photo by Atia Mohammed/Flash90.
Spread the word.
Help JNS grow!
Share now:

(June 21, 2022 / JNS) The Gaza-based terrorist group Hamas is reportedly going to repair relations with Syria 10 years after it broke off ties because of the regime’s vicious crackdown on opposition forces.

One official told Reuters that both sides held several “high-profile meetings to achieve that goal.”

Sunni Hamas had previously supported their Sunni brethren in their revolt against the regime of Syrian President Bashar Assad.

Shi’ite Iran, which has backed both Hamas and Assad’s regime, was concerned when Hamas left its Damascus headquarters.

Hamas and Iran ended up reconciling their differences, and Tehran has continued to supply rockets and other weapons to the terror group.