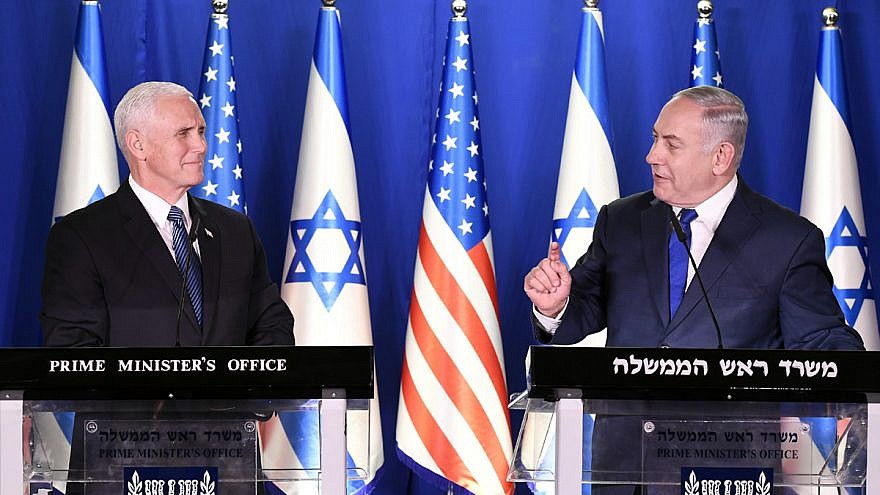 (December 19, 2019 / JNS) U.S. Vice President Mike Pence may join other world leaders, including Russian President Vladimir Putin and French President Emmanuel Macron, in Israel in January for a ceremony marking 75 years since the liberation of the Auschwitz concentration camp.

Israeli officials wanted U.S. President Donald Trump to attend the event, which is scheduled for Jan. 27 at Yad Vashem in Jerusalem, but he is planning to be in Europe for the World Economic Forum, Haaretz reported on Wednesday.

According to the report, talks are currently going on behind the scenes with regard to a potential Pence visit.

Two people involved in arranging the visit were quoted by Haaretz as saying that the Trump administration is aware of the political situation in Israel and wishes to avoid the appearance of using the event to influence Israel’s March 2 election.