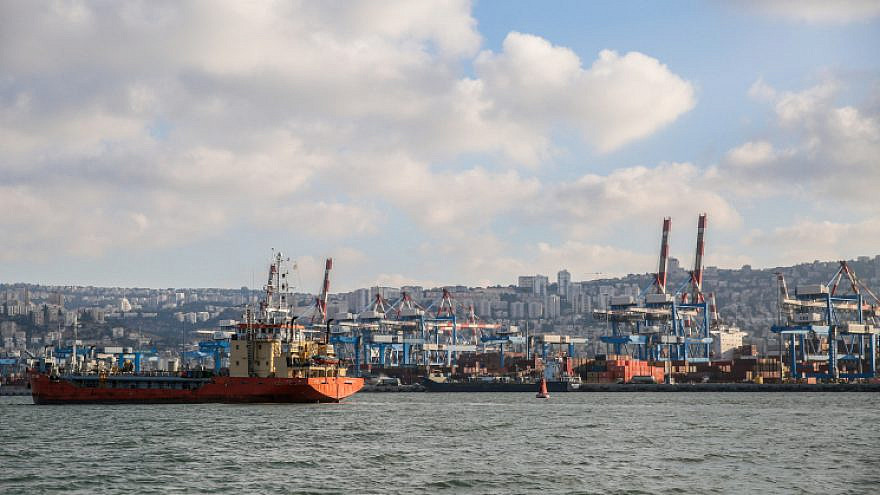 Boats at the Fisherman's Wharf in the Kishon Port in Haifa on June 26, 2018. A Chinese majority state-owned company is set to take over the management of the port this year. Photo by David Cohen/Flash90.
Spread the word.
Help JNS grow!
Share now:

(February 3, 2021 / JNS) Israel and America must have a comprehensive, cooperative strategy for protection against Chinese economic exploitation and intellectual property theft, concludes a report released on Monday by the Gemunder Center of the Jewish Institute for National Security of America (JINSA).

“Chinese economic activity in Israel is greater than any individual investment, such as Chinese construction of a terminal at Haifa Port that U.S. policymakers focus on,” said Blaise Misztal, JINSA vice president for policy. “As a startup nation at a global crossroads, it is vital—for both Israel and the United States—to protect Israeli intellectual property and critical infrastructure from Chinese penetration. However, Israel cannot do it alone, and the United States should not demand that it do so.”

The report recommends that Israel adopt a strategy to assess its government in its entirety regarding China, including reviewing foreign misappropriation of Israeli technology, Chinese infiltration of academia/universities and Chinese investment in the Jewish state.

Last year, then-U.S. Secretary of State Mike Pompeo pressed Israel to decrease its ties to China, saying that its control of or investment in infrastructure and companies abroad presents a security threat. Israel took heed of these warnings to some extent, recently denying China the opportunity to build Israel’s Sorek B desalination plant.

The report further encourages the United States to assist Israel in developing measures to protect itself against Chinese exploitation, including elevated intelligence-sharing, expanded financing for infrastructure projects in Israel and facilitation of American government investment in Israel’s technology sector.

Finally, the report advocates that the United States and Israel sign a robust, bilateral investment treaty, update the U.S.-Israeli Free Trade Agreement and invest in joint scientific training, in addition to research and development.