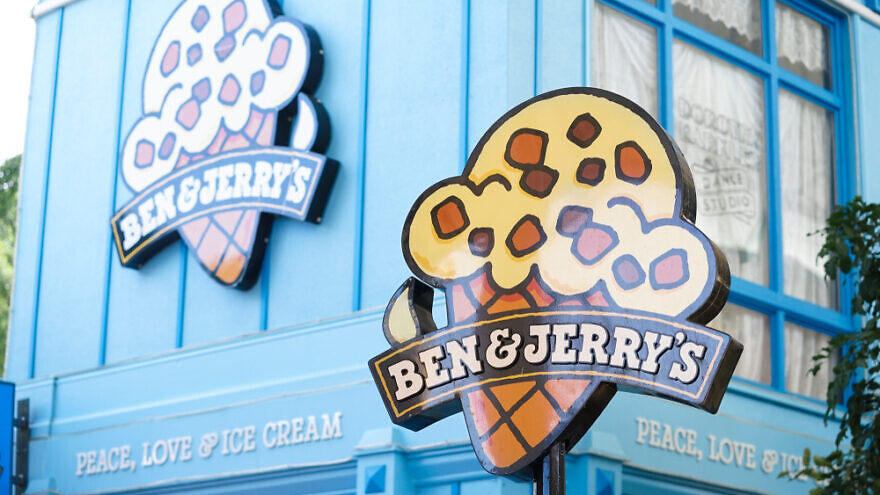 (November 18, 2021 / JNS) Representatives from 11 Republican state attorney general offices in the United States met in Washington, D.C., this week to discuss how to address Ben & Jerry’s refusal to sell products in the West Bank and parts of Jerusalem, reported The Washington Post.

The gathering, which took place on the sidelines of the 2021 Federalist Society conference, included remarks by Richard Goldberg, who drafted one of the first anti-BDS laws while working for former Illinois Gov. Bruce Rauner in 2015.

Goldberg reminded those in attendance that 33 states currently have laws that either require pension funds to divest from or refuse contracts to companies that boycott Israel. He also called on the attorneys general to demand an explanation from Ben & Jerry’s parent company, Unilever, regarding its relationship with the independent board that oversees the ice-cream maker.

“[Unilever has] pledged that Ben & Jerry’s has said they will find a way to still work in Israel, even though its independent board chair has said it won’t,” he told The Washington Post. “It opens up a lot of questions as to the truthfulness about their statements to the market.”

Indiana Attorney General Todd Rokita said, “Unilever is on our radar.” At the meeting, he also pronounced his support for state governments taking action that affect the share prices of companies that “do not share our values.”