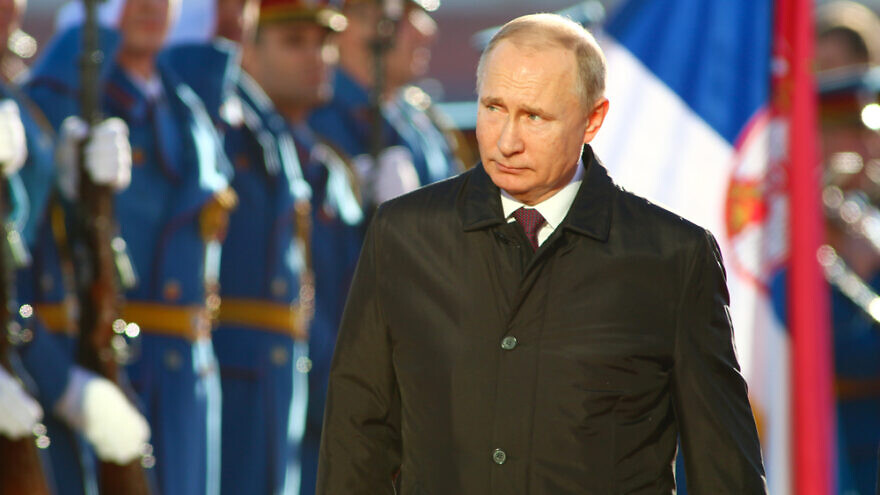 (March 24, 2022 / JNS) Three Russian oligarchs who founded the Genesis Philanthropy Group have stepped down from the Jewish charitable foundation after it pledged to donate $10 million for humanitarian needs in Ukraine, reported Business Insider.

Banking and business billionaires Petr Aven, Mikhail Fridman and German Khan, who established GPG in 2007, were recently sanctioned by the European Union and the United Kingdom due to their ties to Russian President Vladimir Putin.

“In order to assure the ability of GPG to stay true to its mission and build on the foundation we have created over the past 15 years, all three have resigned from the board of directors,” the nonprofit organization said in an email announcement that was signed by chairman Gennady Gazin and CEO Marina Yudborovsky. “Since our founding, Mikhail Fridman, Petr Aven and German Khan have been the drivers of our ability to strengthen Jewish engagement around the world, and each is personally, deeply passionate about a bright Jewish future.”

The resignations will not impact the $10 million that GPG pledged to donate to Ukrainian humanitarian efforts, noted the announcement.

Half of the aid relief will be put toward evacuation efforts and food distribution while $5 million will be put aside to “support humanitarian needs as the situation develops,” according to the foundation’s website.

Earlier this month, the Russian billionaires left the board of LetterOne, a $22 billion investment firm founded by Fridman, who is a Ukrainian-born Jew.

Aven and Fridman, who the European Union called “one of Vladimir Putin’s closest oligarchs [and] enabler of Putin’s inner circle,” previously said they will “vigorously contest” the sanctions against them.