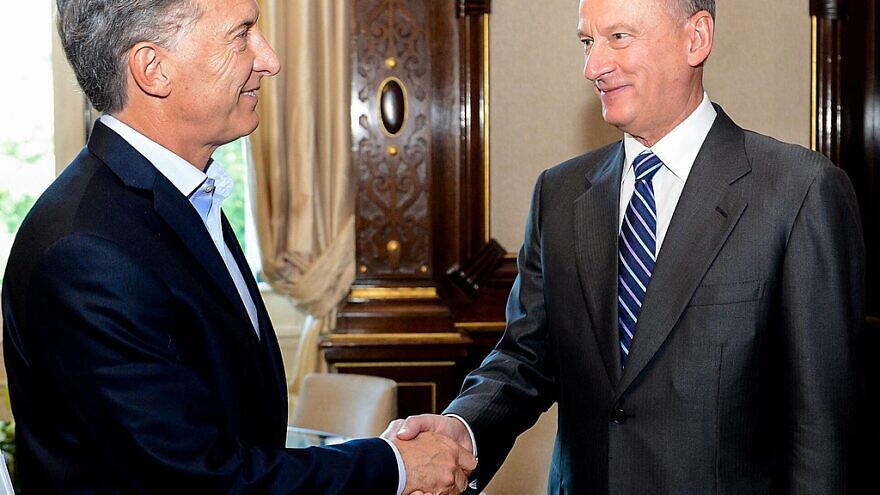 (October 30, 2022 / JNS) The head of Russia’s Security Council has issued an apology over anti-Semitic statements by his deputy, which described the Chabad Hassidic organization as a “neo-pagan cult.”

Nikolay Patrushev, secretary of the Russian Security Council, expressed his regret over the comments made by Deputy Council Secretary Aleksey Pavlov, according to state media outlet RT.  Pavlov’s comments sparked concern among Jewish leaders amid diplomatic tensions between Moscow and Jerusalem over the war in Ukraine.

In an article for the government-owned Argumenty i Fakty weekly newspaper calling for the “desatanization” of Ukraine, Pavlov wrote on Tuesday that the country was home to hundreds of neo-pagan cults, including in his list the Chabad-Lubavitch movement.

Pavlov added that Chabad’s guiding principle was to enshrine its superiority “above all nations and peoples,” and therefore it had become “increasingly urgent to carry out the de-satanization of Ukraine.”

Russia’s Chief Rabbi Berel Lazar on Wednesday called on Moscow to denounce a top official’s “vulgar” anti-Semitism, saying it posed a “huge danger” to the Jewish community in the country.

In a letter shared with Haaretz, Lazar, leader of Chabad in Russia, “demand[ed] condemnation from the government for the nonsense” written by Pavlov, which was “an insult to millions of Jewish believers, including the vast majority of Jews in Russia.”

Such a statement, “uttered by a member of the Russian Security Council … poses a huge danger; therefore, we demand an immediate and unequivocal response from society and the authorities of the state,” Lazar said, according to the report.