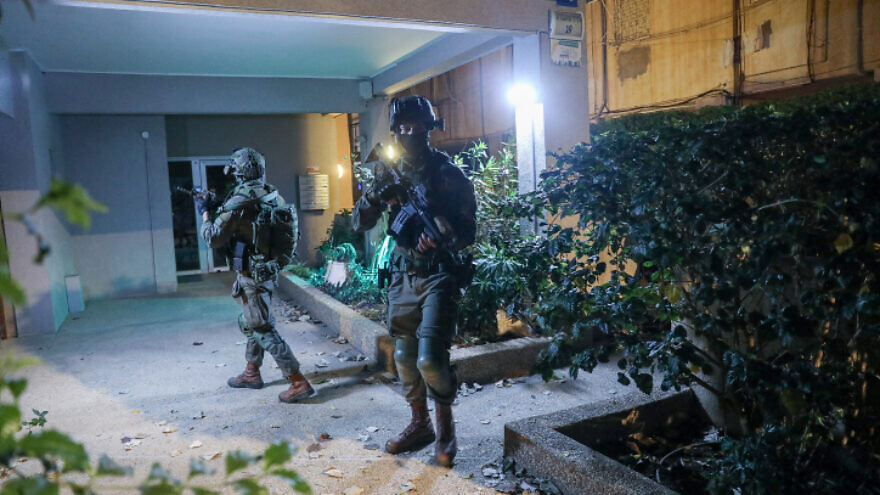 Upon being confronted, Hazam raised his hands, pretending to surrender, before drawing a handgun, running behind a vehicle and opening fire on the agents, according to Walla. The agents returned fire, killing the terrorist.

Hazem was without clear affiliations to established terrorist factions, had no previous arrests and had entered Israel illegally, according to the Shin Bet.

The terrorist’s father, Fahi Hazem, is a former senior officer in the Palestinian Authority’s security forces, according to Kan News.

Speaking to crowds outside of his home, Hazem said, “You will achieve victory if Allah wills it, in your generation, in the coming years, in the coming days. Your eyes will see the change. You will head out to freedom and gain your independence. Allah, liberate our Al-Aqsa mosque from the contamination of the occupiers,” according to the report.

Two Israelis, aged 27 and 28, were murdered in the attack on Tel Aviv’s Dizengoff Street. Three severely wounded victims had been stabilized, while doctors were still fighting for the life of a fourth, Tel Aviv Sourasky Center, Ichilov Hospital said on Friday. Four additional attack victims were classed as being in moderate to light condition, according to the hospital.

“We saw six patients lying on the sidewalk. We immediately began treatment. … Two were unconscious and underwent resuscitation, and four others were conscious,” Magen David Adom paramedic Yisrael Weingarten tweeted soon after the attack.

The incident brings the death toll from the string of terror attacks that began in late March to 13.