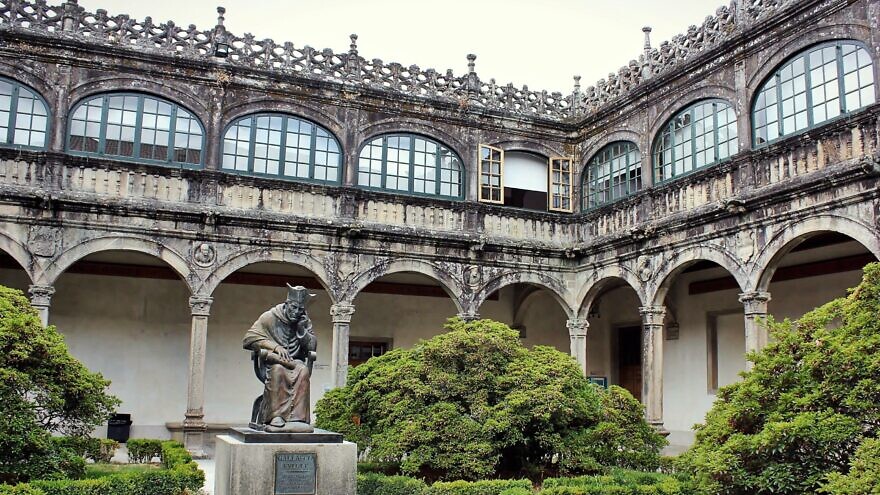 (August 27, 2021 / JNS) A university in Spain canceled a course that would have examined comparisons between the Auschwitz concentration camp and the Gaza Strip after facing backlash from a local pro-Israel group.

The University of Santiago de Compostela’s philosophy faculty organized the course titled “Auschwitz/Gaza: A testing ground for comparative literature,” according to Action and Communication on the Middle East (ACOM), a Spanish organization that promotes relations between Israel and Spain.

A poster for the class showed images of children in a Nazi concentration camp standing behind barbed wire, juxtaposed next to a photo of a woman and child, although it’s not clear if they are supposed to be Palestinian.

“They did not choose any other place or event, but precisely the location where more than a million people were murdered, with the intention of criminalizing, dehumanizing and questioning the legitimacy of Israel, looking to extend a similarity between the Jewish state and Nazi Germany, a behavior defined as anti-Semitic in the IHRA definition of anti-Semitism officially adopted by Spain,” said ACOM.

After the pro-Israel group denounced the class last week on Twitter, the school decided to pull the course, ACOM said on Tuesday.

“We celebrate that the university has rectified—eliminating from its academic offer a course designed only from the utmost clumsiness, fierce sectarianism and a shameless sense of impunity—a true enormity that trivializes the Holocaust, even awarding academic credits for it,” said the organization.