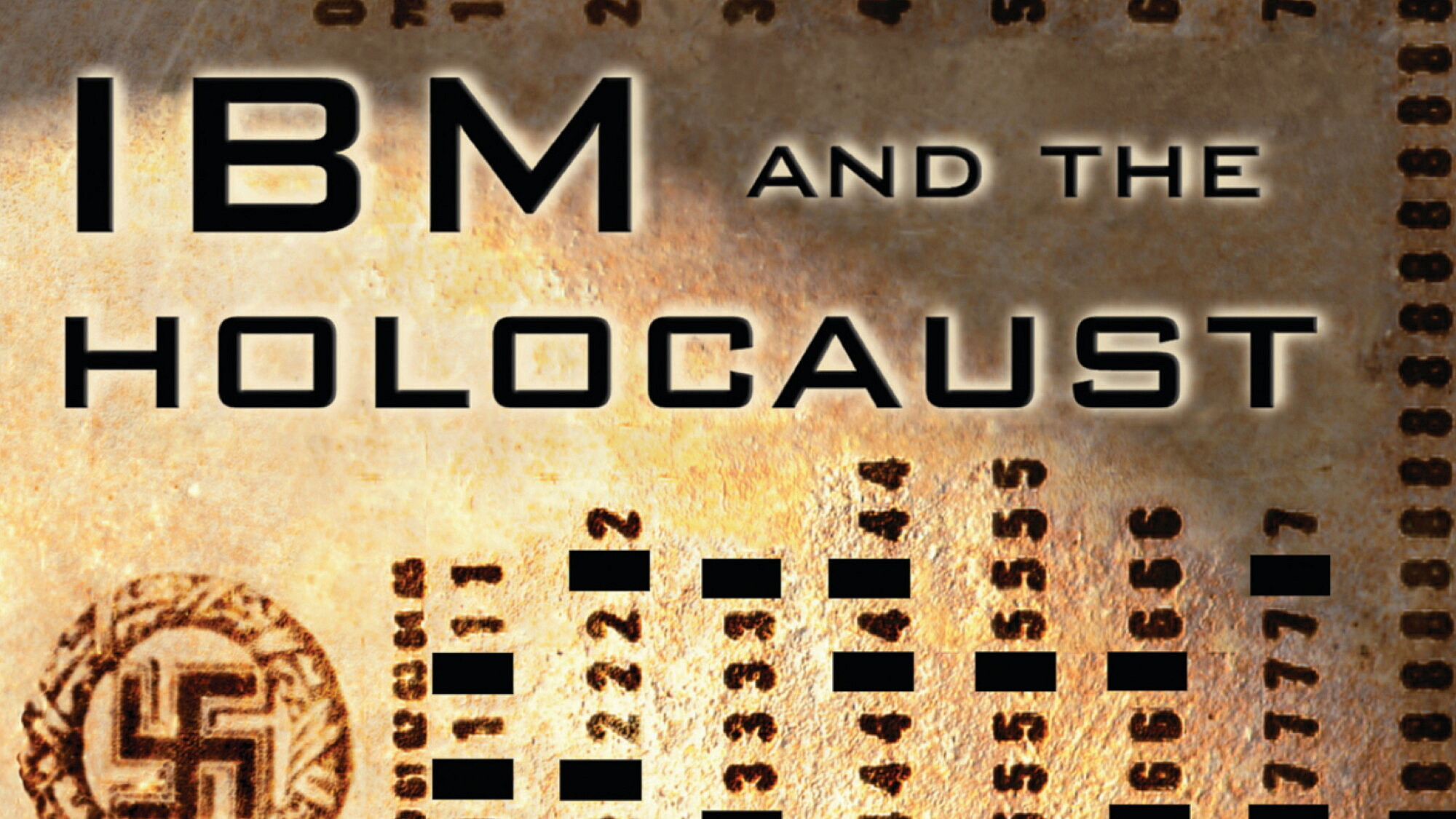 Twenty years ago, IBM and the Holocaust exposed with crystal clarity—backed up with a literal tower of physical documentation—that IBM knowingly organized all six phases of the Holocaust: identification, exclusion, confiscation, ghettoization, deportation, and even extermination, all under the micromanagement of its celebrated CEO, Thomas J. Watson, Sr., operating from his New York office on Madison Avenue, and later through European subsidiaries. 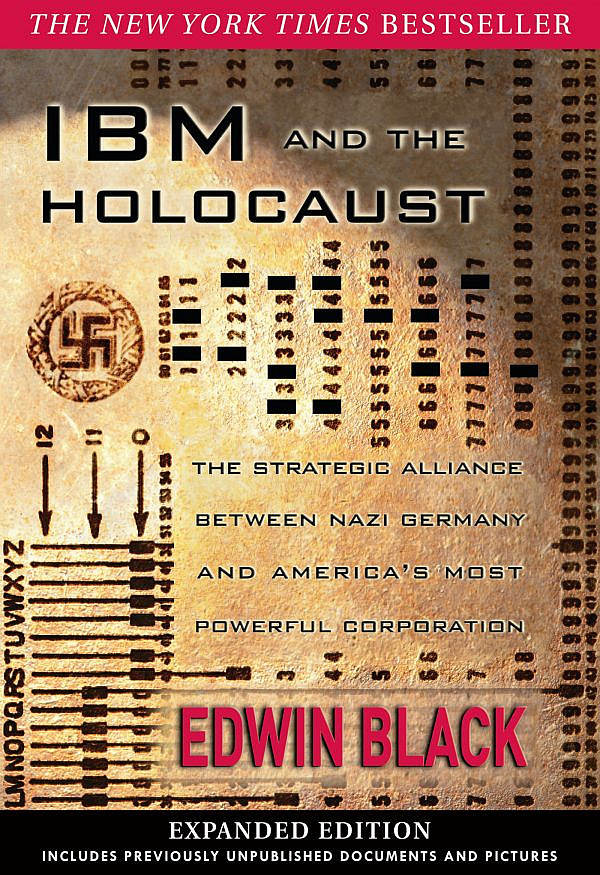 Click here to purchase ‘IBM and the Holocaust’ on Amazon.

Without IBM, there would have always been a Holocaust of hundreds of thousands. Einsatzgruppen murder squads and their militia cohorts would still have heinously murdered East European Jews bullet by bullet in pits, ravines, and isolated clearings in the woods. But it was IBM that helped the Third Reich create the industrial, high-speed, six-million-person Holocaust, metering ghetto residents out to trains, then carefully scheduling those trains to concentration camps for murder and cremation within hours, thus clearing the way for the next shipment of victims—day and night.

Custom IBM programs controlled the census and registration processes, organized the pauperization, and ensured that the trains ran on time. There was an IBM customer site—the Hollerith Abteilung—in almost every concentration camp—some with tabulating machines and some with card organizers. IBM even engineered Germany’s odious extermination-by-labor campaign, where skills were matched to slave labor needs, and Jews were called up to be worked to death. IBM’s code for a Jewish inmate was “6” and its code for gas chamber was “8.” The evidence indelibly proves that IBM was an indispensable and pivotal partner in the greatest crime in history: The Holocaust. But to IBM, it was just another business project. 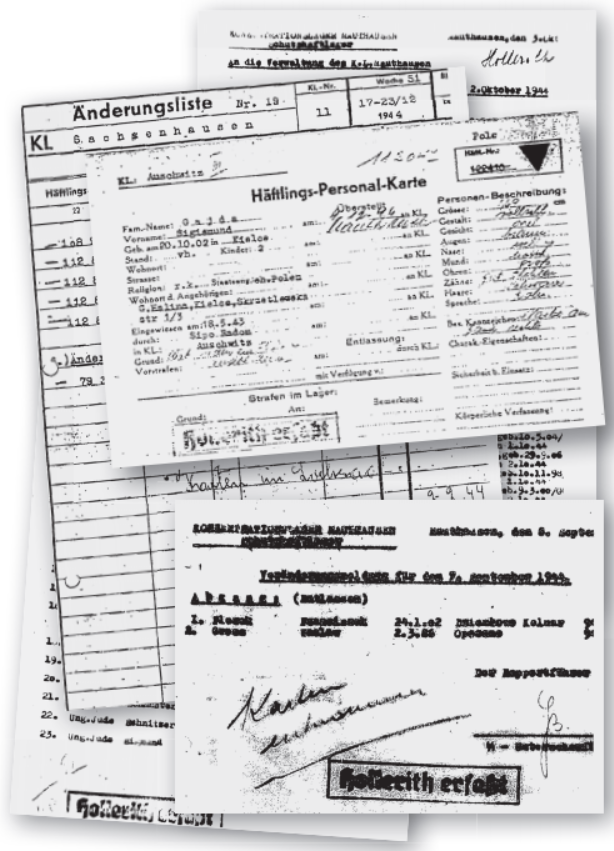 Watson was no stranger to crime in pursuit of his business aims. He had been convicted of extortion in the infamous National Cash Register scandal before he was ever handed the reins of IBM. An evidence technicality allowed his conviction to be overturned and Watson to escape prison time.

Watson received a percentage of every Reich transaction and in 1937 was honored by Hitler in Berlin at a grandiose award ceremony.

How did IBM get involved? When Hitler came to power, he wanted to locate and destroy the Jews of Germany, Europe and the world. That, of course, required the resources of a computer. But in 1933, there was no computer. What did exist, however, was the IBM punch card. The punch card was invented at the end of the 19th century for the U.S. census bureau, from where IBM stole the technology. The punch card was a people tracker from its inception.

It was the IBM punch card in Nazi Germany that gave birth to “information technology.” Invented by a German American named Herman Hollerith, this card, about the size of a dollar bill, could store for retrieval any information about a person, place, or process depending upon how the holes were punched into various rows and columns. The punched card would then be fed into a high-speed reader and out would come something which had never existed before—information.

In other words, IBM punch cards not only delivered total counts, but they also delivered personal information about those counted. It was the start of the Information Age: the individualization of statistics—identifying and quantifying a specific person within an anonymous count. 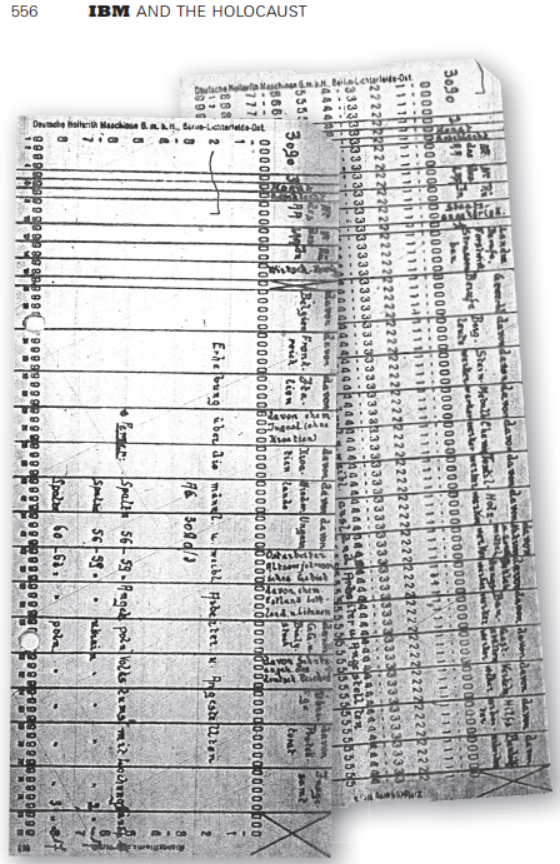 The IBM alliance with the Third Reich was no rogue corporate operation run out of a basement. Day in and day out, it was Watson who personally micro-managed, all aspects of the 12-year Nazi relationship, which began in the first moments of the Third Reich, just after January 30, 1933, and ended in the last gasp of Hitler’s monstrous regime, in the first week of May 1945.

Under Watson, IBM eagerly contacted the Hitler regime and made it clear that the company was “the solutions company.” Indeed, IBM would offer any solution the Nazis needed—including the Final Solution.

The first thing Hitler wanted to know was exactly how many Jews actually resided in Germany. IBM hired thousands to execute a door-to-door racial census. Now Hitler had the Jewish names and locations. Then, IBM created systems to tabulate that personal data against professional and employment databases as well as financial institutions to help Germany systematically pauperize the Jews. Then, location data was used to organize the mass transfer of Jews from their homes into ghettos. Ghetto residents were then systematically forced onto trains. Those trains ran on IBM punch cards—they owed their punctual timetables to special IBM scheduling programs. All the work and prisoner data from all concentration camps was fed into a central nerve center in the T-Building at Oranienburg known as Section D-II and powered by custom-wired IBM machines. Everything IBM did was custom, specific, and tailored to the precise Nazi need.

All IBM machines in Nazi Europe were leased, with monthly payments, insured by American and German insurance companies at their known Reich locations, and serviced by repairmen twice-monthly on-site, whether the noisy, syncopating machines were located in downtown Berlin or Auschwitz II. Moreover, Hollerith machines olleithHollwere incapable of operating without IBM’s irrepressible stream of custom Hollerith punch cards, which were produced only by IBM. Each input card could only be used once. Without a continuing card supply, the machines would be like rifles without bullets.

Twenty years after the publication of IBM and the Holocaust … after hundreds of unrequited requests for comment by media and organizations … notwithstanding several negative book reviews by historians which were found so fallacious that they were retracted by their authors or publications with jaw-dropping public apologies … after hundreds of by-lined articles, public lectures and interviews … after dozens of new, expanded editions … and after many awards, not one word has been changed in the book. After endless requests by so many to apologize, IBM has not asked for a single change in the text of IBM and the Holocaust or rebutted a single fact. Indeed, not a comma has been deleted. The continuing documentation has only deepened the company’s guilt.

Today, public fear of what big tech can do to surveil, censor, and control our lives—from China to California—has ignited heightening interest in this book and its detailed revelations. In January 2021, IBM and the Holocaust hit Amazon’s top 10 books in any category, #1 in WWII History, #1 in Military History, #1 in Company Profiles, and #1 in Jewish History. At the same time, Barnes & Noble reported the book as its number two most purchased.

IBM has proven that some corporations can get away with murder and still function with impunity.

To peer into our perilous future, we need only look back and see what IBM helped Hitler do during the Holocaust, in the era before computers existed. Now is the time to ask what could a Hitler-type regime do today and how quickly with today’s high-speed hand-held technology? But first pause to ask why IBM would ever engage in this genocide? The still bloodcurdling answer: It was never about the Nazism; it was never about the antisemitism—it was always about the money. Business was its middle name.

Edwin Black is the author of the New York Times bestselling and award-winning IBM and the Holocaust and many other books. He can be found at EdwinBlack.com and seen at TheEdwinBlackShow.com.

Click to purchase IBM and the Holocaust on Amazon or on Barnes and Noble.