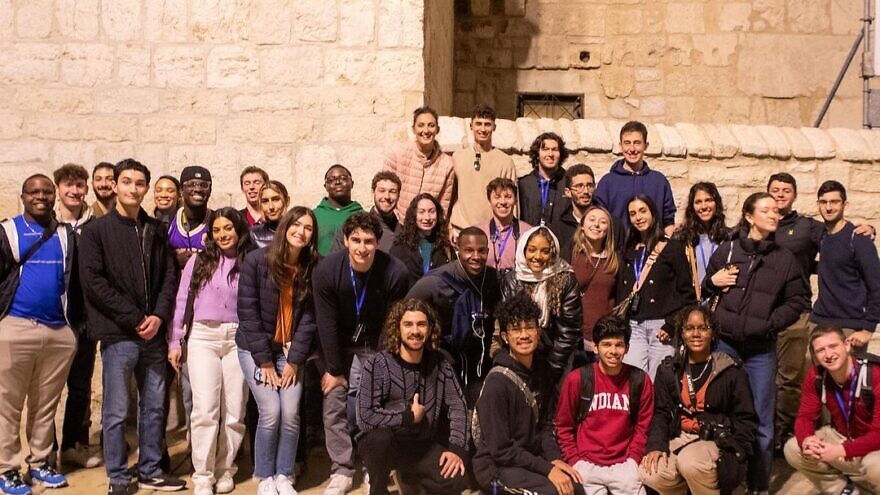 (January 10, 2023 / JNS) The Abraham Accords continue to transform the dynamics of the Middle East towards peace, prosperity and cross-cultural friendships.

On Jan. 2, 40 undergraduate student leaders took the latest step in that journey, flying out of New York’s JFK International Airport for a 10-day tour of Israel and the United Arab Emirates. They are participants in the inaugural trip of the Israel on Campus Coalition’s (ICC) Geller International Fellowship.

Fellows include Democrats, Republicans and independents who attend both public and private schools. Five of the students attend Ivy League institutions, four are at historically black colleges and universities and 20 attend state schools.

The participants are notable leaders on their campuses, with many active in student government, local politics and campus activism clubs.

After arriving in the UAE on Jan. 9, the group is to meet with local students studying in Dubai, experience a VIP tour of the world’s tallest skyscraper the Burj Khalifa in Dubai, meet with Israeli Ambassador to the UAE Amir Hayek, tour the Sheikh Zayed Grand Mosque (the country’s largest), visit the Dubai Mall (the world’s largest) and conclude on Jan. 12 with a talk from Chief Rabbi of the UAE Rabbi Levi Duchman. 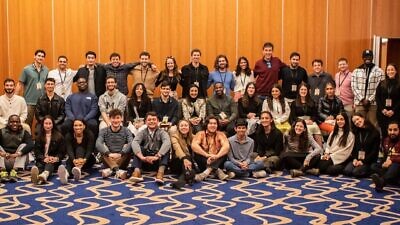 “The longer-term vision for this is to build a community of pro-Israel leaders in America for the next generation,” ICC CEO Jacob Baime told JNS regarding the new annual program.

Three students on the trip spoke with JNS after just 24 hours in Israel, each thrilled by the itinerary ahead of them, excited to talk with serious leaders, and bonding with their fellow participants, loving that despite their varied backgrounds and cultures, all spoke the common language of Zionism.

Trip participant Keron Campbell from Washington, D.C., who has served as a pro-Israel activist at Morehouse College in Atlanta for three years, spoke frankly about the challenges he faces advocating for the Jewish people at one of America’s best historically black colleges.

“I get flack all the time because I’m an African-American man who is a pro-Israel activist, who’s also a black Zionist,” Campbell told JNS. “I get those arguments all the time from friends or family….They know about Israel from what the media portrays, but they don’t know about Israel from coming to Israel and seeing the culture, experiencing Jewish culture.…I love the Jewish community.”

Another trip participant, Tessa Veksler, who is in her third year at the University of California, Santa Barbara (UCSB), became heavily involved in student government and eventually ran for student senate. She is co-president of the school’s Students Supporting Israel chapter and campus liaison for UCSB’s Chabad Board. Her participation in student government brought her into direct conflict with BDS movement activists—and she encountered them at a most ironic moment.

“My first introduction to student government was BDS because pretty much the second the senate before me was sworn in, BDS came up,” she told JNS.

Sitting in a bomb shelter

“I sat through a 12-hour-long meeting and I was actually in Israel at the time, and it was during Operation Guardian of the Walls,” she continued. “I remember going onto that call and part of my speech explained how ridiculous it was that I’m sitting in a bomb shelter in the country that you all are debating on this campus and yet, you feel there’s a right for you as senators who have absolutely nothing to do with this conflict and very little understanding to make such a huge impact on campus, a negative impact on campus.”

Cuban-born Daniel Badell, who moved to America at age 6 and attends the University of Florida, also participates in student government—serving as student body vice president while he studies political science, international studies and economics. Badell has worked with Gators for Israel since his freshman year, and while his interest in international politics initially led him to focus on Europe and Latin America, he soon became devoted to the Zionist cause, hearing echoes from his own family’s Cuban diaspora experience.

Asked if he saw parallels between Cubans and Jews, Badell said, “Yes, 100%, and I think it’s something me and my mentors and my colleagues involved in the pro-Israel space on campus…we have a strong, I think, Cuban connection to the pro-Israel community….I’m sure everyone has their own reasons as to why. But for me, I think the stories and the parallels are kind of hard to miss.” 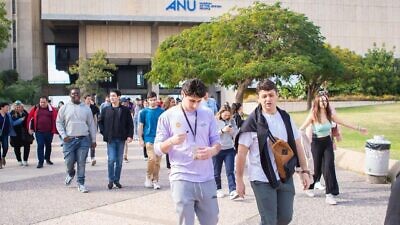 The idea of a homeland

Badell continued, “So the idea of a homeland, the idea of being exiled, and the experience of living in the diaspora….It didn’t quite initiate my advocacy in the pro-Israel world, but it made it really easy for me to find my space, to find my story and to connect that story with the work that I was doing.”

The students spoke with JNS shortly after meeting with Hassan-Nahoum, and each raved about learning from the deputy mayor. Campbell noted her work to “level the playing field for women” and Palestinian women in particular.

Veksler said, “I think especially in a city like Jerusalem that is extremely diverse, the minority groups of Israel are most populous in this city. She had very interesting insights that I feel a lot of Americans would find useful to know about, kind of the cycle that Arabs and ultra-Orthodox Jews are in, in terms of poverty in this city.”

Badell called the meeting with Hassan-Nahoum “a great first talk to start the trip off with,” saying it “did such a good job at pulling things out of the American context, and explaining sometimes what seems to us as paradoxes but are really not.”

Regarding the opportunity to visit the UAE, Campbell said, “Every time I look at the videos of Dubai I get in awe. This beautiful country in the Middle East has so much innovation, so much talent, so much hard work. I’m more excited for Dubai this time because I’ve been to Israel….And this is the first time someone in my family has gone this far out. I’m excited.”

Baime said the students are “really enjoying interacting with each other and getting to know each other. These are pretty elite leaders who are from various campuses. They’re just enjoying meeting fellow leaders from all across the country. And just the diversity of the campuses they come from is part of the magic.”