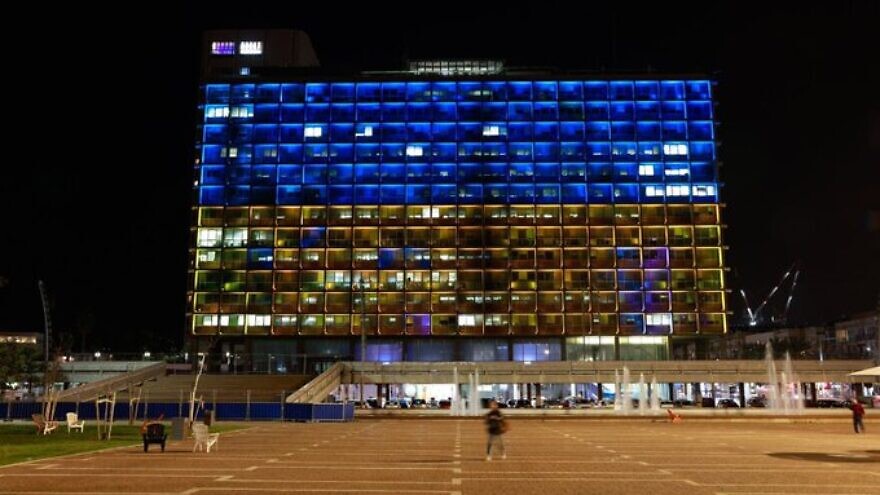 (February 28, 2022 / JNS) Tel Aviv City Hall lit up with the colors of the Ukrainian flag on Sunday night amid the ongoing invasion of Russian forces in the country.

“Our hearts are with the besieged Ukrainian people,” tweeted Tel Aviv Mayor Ron Huldai, expressing “solidary” with their plight. “The [Tel Aviv-Jaffa] municipality will also assist in the absorption of new immigrants [from Ukraine].”

On Saturday, thousands of Israelis took to the streets in Tel Aviv to protest against the Russian invasion and call on the Israeli government to stand up against Moscow.

Attendees reportedly marched from Tel Aviv’s Habima Square to the Russian embassy. Police kept the protestors several dozen meters away from the mission, according to media reports.

Several ambassadors to Israel from the former Soviet Union were reportedly present at the event.