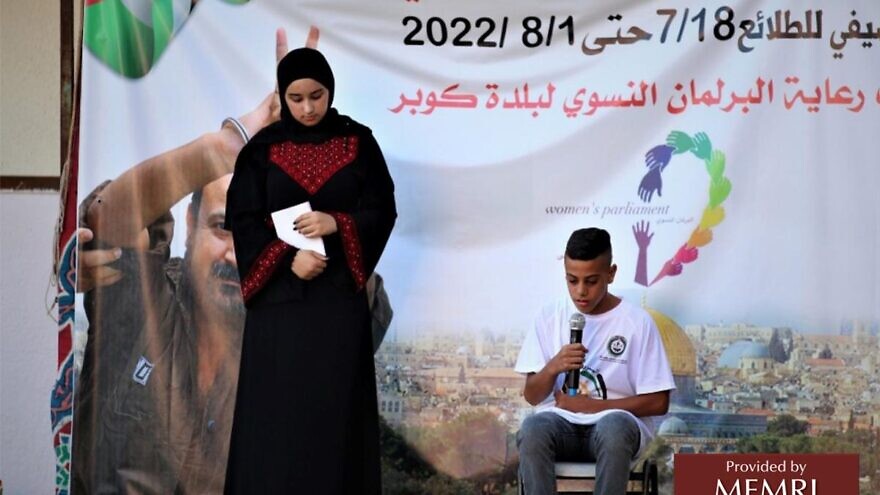 The summer camp in the Kubar refugee camp near Ramallah was named after Marwan Barghouti, who is serving five life sentences, plus 40 years, for his involvement in multiple terror operations in the Second Intifada, during which he was the head of Fatah's military wing, Aug. 1, 2022. Source: Facebook.com/hcyspalestine via MEMRI.
Spread the word.
Help JNS grow!
Share now:

(August 29, 2022 / JNS) In the Palestinian Authority territory, summer camps for children and teenagers were once again organized by the PLO’s Higher Council for Youth and Sports, according to MEMRI.

At the joint opening ceremony of the youth camps in the town of Silwad near Ramallah, Jibril Rajoub, head of the Higher Council for Youth and Sports and secretary-general of Fatah’s Central Committee, stated: “Here in Silwad, the town of prisoners and martyrs, we announce the opening of the 2022 summer camps entitled Al-Masra wal-Asra.’ ”

Recreational activities were accompanied by the indoctrination of extremist values such as reverence for terrorists serving life sentences for murder; glorifying martyrdom and death; and instilling the ideal of “Palestine from the Jordan River to the Mediterranean Sea,” an effort to deny Israel’s existence.

Summer-camp attendees learned about the lives and activities of six terrorists, whose portraits were hung at several of the camps: 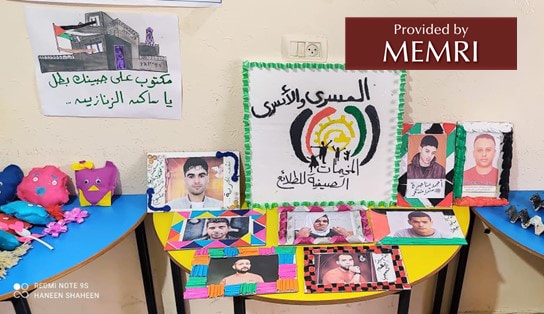 Decorated photos of six prisoners prepared by children at one of the summer camps on Aug. 2, 2022. Source: Facebook.com/hcyspalestine via MEMRI. 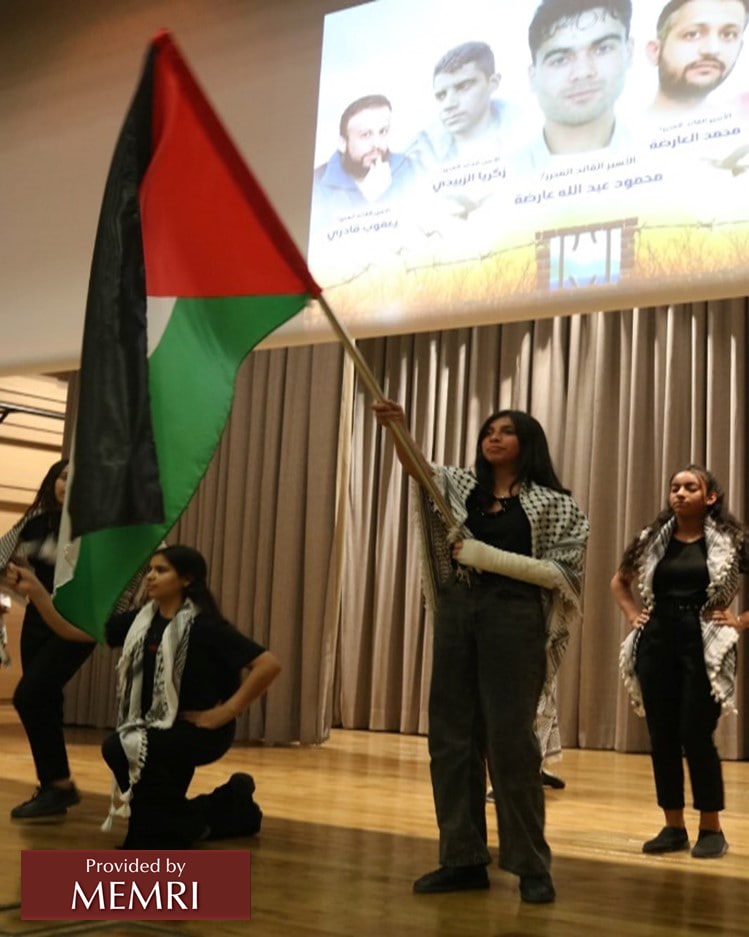 At a closing ceremony of a camp in Bethlehem, children perform in front of a poster of the six prisoners on Aug. 2, 2022. Source: Facebook.com/hcyspalestine via MEMRI.
Republish this article in your newspaper or website