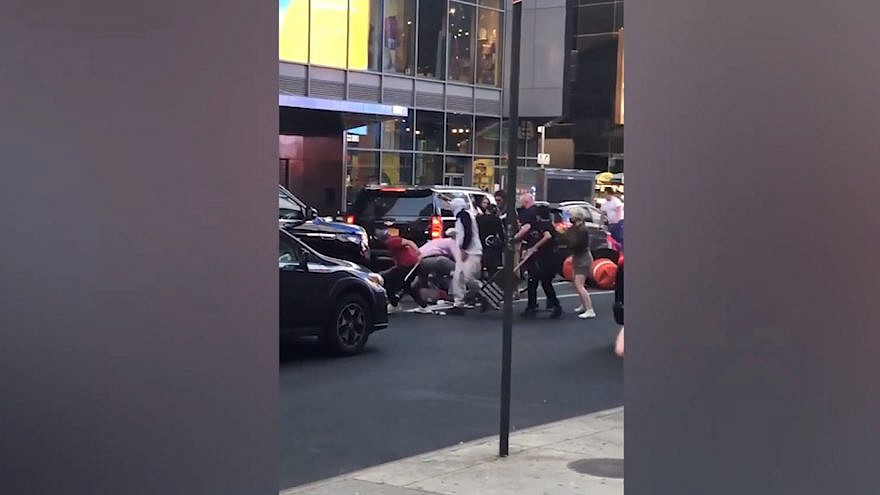 (June 11, 2021 / JNS) A third suspect was arrested on Tuesday for the violent assault of a Jewish man near Times Square in late May, reported the New York Post.

Mahmoud Musa, 23, of Staten Island, N.Y., turned himself in to the 7th Precinct on Manhattan’s Lower East Side for his alleged participation in the beating of Joseph Borgen, 29, on May 20. Police said Musa was charged with gang assault and assault as a hate crime.

Two others were previously arrested for the same attack. Waseem Awawdeh, 23, of the Bay Ridge neighborhood of Brooklyn was charged with assault as a hate crime, gang assault, menacing, aggravated harassment as a hate crime and criminal possession of a weapon. Awawdeh reportedly told prosecutors, “If I could do it again, I would do it again. I have no problem doing it again.”

Faisal Elezzi, 25, also of Staten Island, was charged with assault, menacing and aggravated harassment, all as hate crimes.

The group allegedly knocked Borgen to the ground and then punched, kicked, pepper-sprayed and beat him with crutches while making anti-Semitic remarks. Borgen said he was on his way to a pro-Israel rally but never made it there because of the attack.

“I felt a liquid being poured on my face, and at first, I thought I was getting urinated on, but it turned out I was getting maced and pepper-sprayed,” Borgen told the New York Post. “My face was on fire. That pain was worse than the concussion and all this other stuff that followed.”