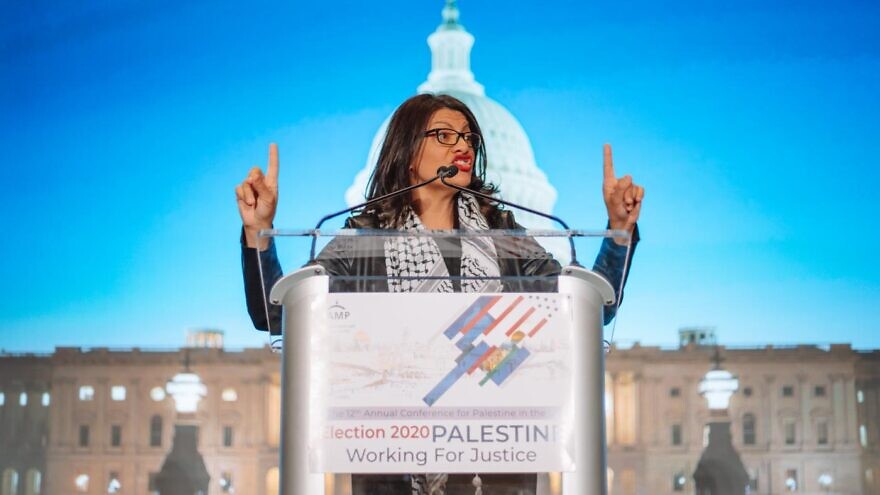 (January 19, 2021 / JNS) Rep. Rashida Tlaib (D-Mich.) accused Israel of being “racist” for not distributing coronavirus vaccines to the Palestinian territories, despite the fact that the West Bank is under the control of the Palestinian Authority, and the Gaza Strip is run by the U.S.-designated terrorist organization Hamas.

“I think it’s really important to understand Israel is a racist state and that they would deny Palestinians, like my grandmother, access to a vaccine, that they don’t believe that she’s an equal human being that deserves to live, deserves to be able to be protected by this global pandemic,” Tlaib told Democracy Now in an interview on Tuesday. “And it’s really hard to watch as this apartheid state continues to deny their own neighbors, the people that breathe the same air they breathe, that live in the same communities.”

Tlaib said that Israel “has no intention” of helping Palestinian Arabs overcome the coronavirus pandemic, and that the United States is “enabling” them to do so.

“They have the power to distribute that vaccine to the Palestinian people, their own neighbors, again, feet away from where they live, many of which, again, could expose them and their family and it doesn’t,” she said. “If anything, it just reiterates what the Palestinian people and even human-rights groups have been telling us, is that this is an apartheid state.”

“It’s really important to understand that Israel is a racist state, in that they would deny Palestinians like my grandmother access to a vaccine, that they don’t believe she’s an equal human being who deserves to live.” pic.twitter.com/vPCeXjdqrZ

Since she was elected to the U.S. House of Representatives in 2018, Tlaib has spouted anti-Jewish rhetoric and supported the BDS movement against Israel. She was re-elected to office in the Nov. 3 elections.

Under the Oslo Accords, the P.A. is responsible for civilian affairs, including healthcare, in areas under their jurisdiction.