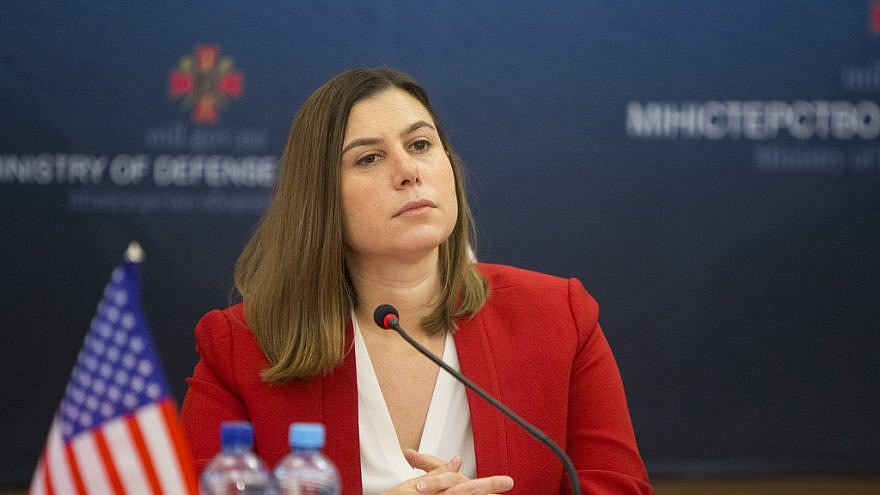 Jewish Democrats breathed a sigh of relief on Wednesday as Jewish, pro-Israel Democrats edged out their Republican challengers in two close congressional races.

It took The Associated Press until 3:08 a.m. to call the winner of the race to represent Michigan’s 7th Congressional District for incumbent Rep. Elissa Slotkin (D-Mich.), a former CIA and Defense Department official.

Slotkin eventually won with 52% of the vote over Republican State Sen. Tom Barrett’s 46%, but Barrett led in the count through most of the election night, with Slotkin inching closer until finally overtaking Barrett and growing the lead into early hours the next day.

Known as a strong supporter of pro-Israel issues, Slotkin won her third term in Congress. She sits on significant committees such as the House Armed Services and Homeland Security committees, and chairs the House Homeland Security Committee’s Intelligence and Counterterrorism Subcommittee. She has supported supplemental funding for the Iron Dome missle defense system and signed onto numerous efforts to combat anti-Semitism.

Slotkin was supported by Democratic pro-Israel organizations and the bipartisan AIPAC PAC, but her opponent, a U.S. Army veteran, was also pro-Israel.

While competitive, Slotkin came out of the race with her largest margin of victory yet in the newly drawn district, which favored Republicans.

According to OpenSecrets, the race was in the top two in the country for spending, adding up to $37 million.

The only other race where more money was spent—just under $39 million—was for Pennsylvania’s 7th Congressional District, which pitted a Jewish incumbent Democrat against a Jewish Republican.

Meanwhile, AP called the victory for incumbent Rep. Susan Wild (D-Pa.) at 3:47 p.m. on Wednesday, as Wild defeated challenger Lisa Scheller with 50% of the vote to Scheller’s 49 percent.

Wild was the beneficiary of support from a number of Jewish Democratic organizations such as Democratic Majority for Israel (DMFI) and nonpartisan organizations like AIPAC PAC. Scheller, a businesswoman who was endorsed by former President Donald Trump, was likewise strong on Israel issues and was supported by the Republican Jewish Coalition (RJC).

Scheller speaks Hebrew, owns a house in Israel and has donated more than $1 million to Ben-Gurion University of the Negev.

Scheller had narrowly lost to Wild in the 2020 election, and polls ahead of election night showed her in the lead. Nearly $11 million was spent to boost Scheller from outside Republican groups, including $750,000 in ads against Wild from RJC in September.

The newly drawn district lies north of Philadelphia and includes Lehigh, Northampton, Carbon and a small part of Monroe counties.

Pollsters considered the political climate would benefit the Republican in this district, but as happened nationally, Republicans under-performed. In Pennsylvania, where gubernatorial candidate Doug Mastriano was included at the top of the GOP’s ticket, Mastriano’s lopsided loss to Democratic Attorney General Josh Shapiro likely played a role in causing Republican candidates to lose winnable races.