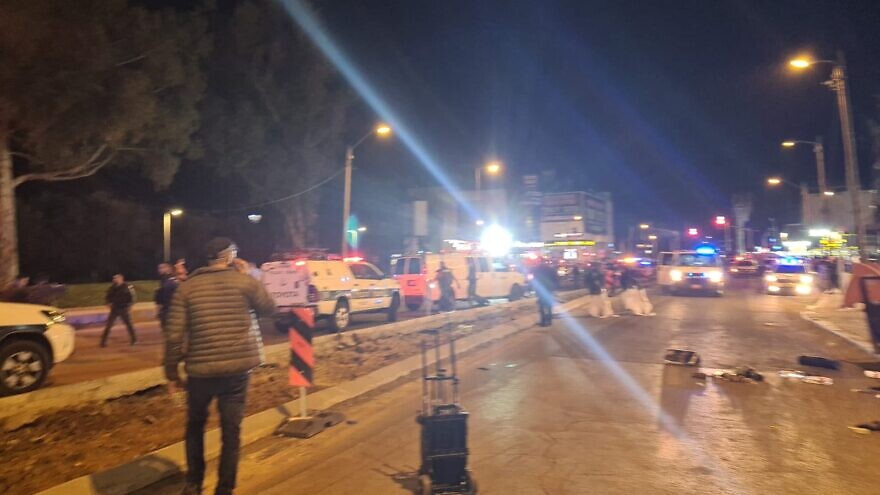 (March 27, 2022 / JNS) Two Israelis were killed and several injured in a shooting in Hadera on Sunday evening. The shooters, reportedly two Arab Israelis from Umm al-Fahm, were shot dead by two undercover security forces who were eating dinner in the area. ISIS took responsibility for the attack.

Twelve other people wounded in the attack were evacuated to Hillel Yaffe Medical Center in Hadera, according to the hospital, of which five remain in the hospital, including one person in serious condition.

“Around 8:30 p.m., two terrorists arrived in a vehicle at Herbert Samuel Street in Hadera and opened fire on passers-by,” the Israel Police said in a statement. “At the beginning of the attack, an undercover unit from a counterterrorism force, who were stationed nearby, identified the terrorists, sought contact, opened fire on them and neutralized the two terrorists.”

A police spokesperson said the scene was one that officers haven’t witnessed in years—“a very serious attack.”

Later, Prime Minister Naftali Bennett held a situational assessment, too, and his office said he would hold another on Monday.

Police blocked all entrances to the city and helicopters were monitoring the area due to concern that the shooters may have had accomplices who remained in the vicinity. 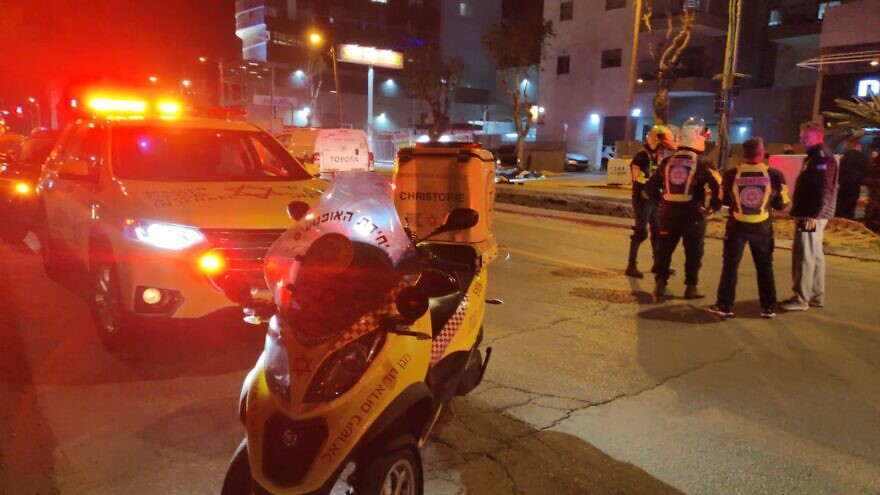 “This is a very serious incident,” said Magen David Adom EMT Viki Kelly, who was one of the first to arrive on the scene. “We saw six victims—some lying on the road and some on the sidewalk—all with bullet wounds. We performed a primary triage in the field, provided life-saving treatment and transferred [the wounded] to the hospital.”

In a Facebook post shortly after the attack, Hadera Mayor Nir Ben-Haim wrote, “This is a difficult and painful evening for the city of Hadera and the State of Israel. I would like to send on behalf of all the residents of the city condolences to the families of those killed and wish a speedy recovery to the wounded. Together with the security and welfare forces of the Hadera Municipality, we are assessing the situation on the ground and preparing to continue our activities tonight to restore security to the city’s residents.”

This is the second shooting attack in the country in less than a week. Last week, four people were killed in Beersheva in a similar incident carried out by an Arab Israeli from the Bedouin town of Houra.

In total, there have been nine attacks since the start of March, in which six Israelis have been murdered and more than two dozen others wounded.

Sunday’s attack also took place against the backdrop of a meeting of foreign ministers from Israel, Bahrain, Morocco, Egypt and the United Arab Emirates as part of the Negev Summit.

This is a developing story.