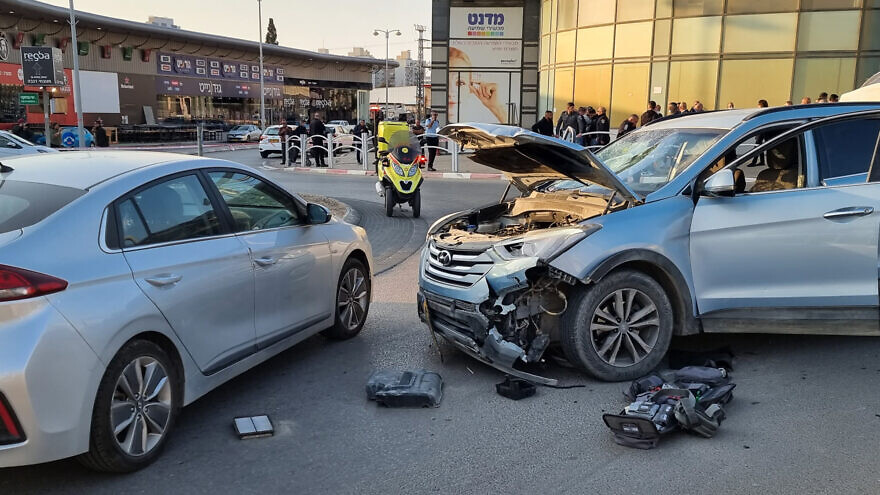 The scene of a car-ramming and stabbing attack outside the Big shopping center in Beersheva, in southern Israel, on March 22, 2022. Photo by Flash90.
Republish this article
268 WORDS
Spread the word.
Help JNS grow!
Share now:

(March 22, 2022 / JNS) Four civilians were murdered in a terrorist attack in the city of Beersheva in southern Israel on Tuesday in one of the worst nationalistic incidents in recent years.

The terrorist—a resident of the Bedouin town of Houra—ran over a cyclist before leaving his vehicle and embarking on a stabbing spree near the Big shopping center. He stabbed to death a gas-station employee, and later, two women and a man. Two other civilians were injured.

The terrorist was shot dead by an Israeli bus driver and a second civilian on the scene, video footage posted on social media showed.

He has been identified as Muhammad Abu Al-Kiyan, 34, a known supporter of ISIS who served jail time in Israel.

Magen David Adom paramedics reported that one woman was pronounced dead at the scene and four people had been taken to Soroka Medical Center in Beersheva with stab wounds: two in critical condition and two in moderate condition. A second woman was later pronounced dead, according to Channel 22.

The head of Magen David Adom’s paramedic service, Eli Bin, said the injured received treatment on the spot before being rushed to the hospital.

Trauma-room staff members have been reinforced in order to deal with any added injuries if more victims arrive, said Soroka.

On Saturday, a Palestinian terrorist stabbed an Israeli civilian in Jerusalem, lightly injuring him. Police fired on the attacker, a resident of the eastern Jerusalem neighborhood of Abu Tor, seriously injuring him. 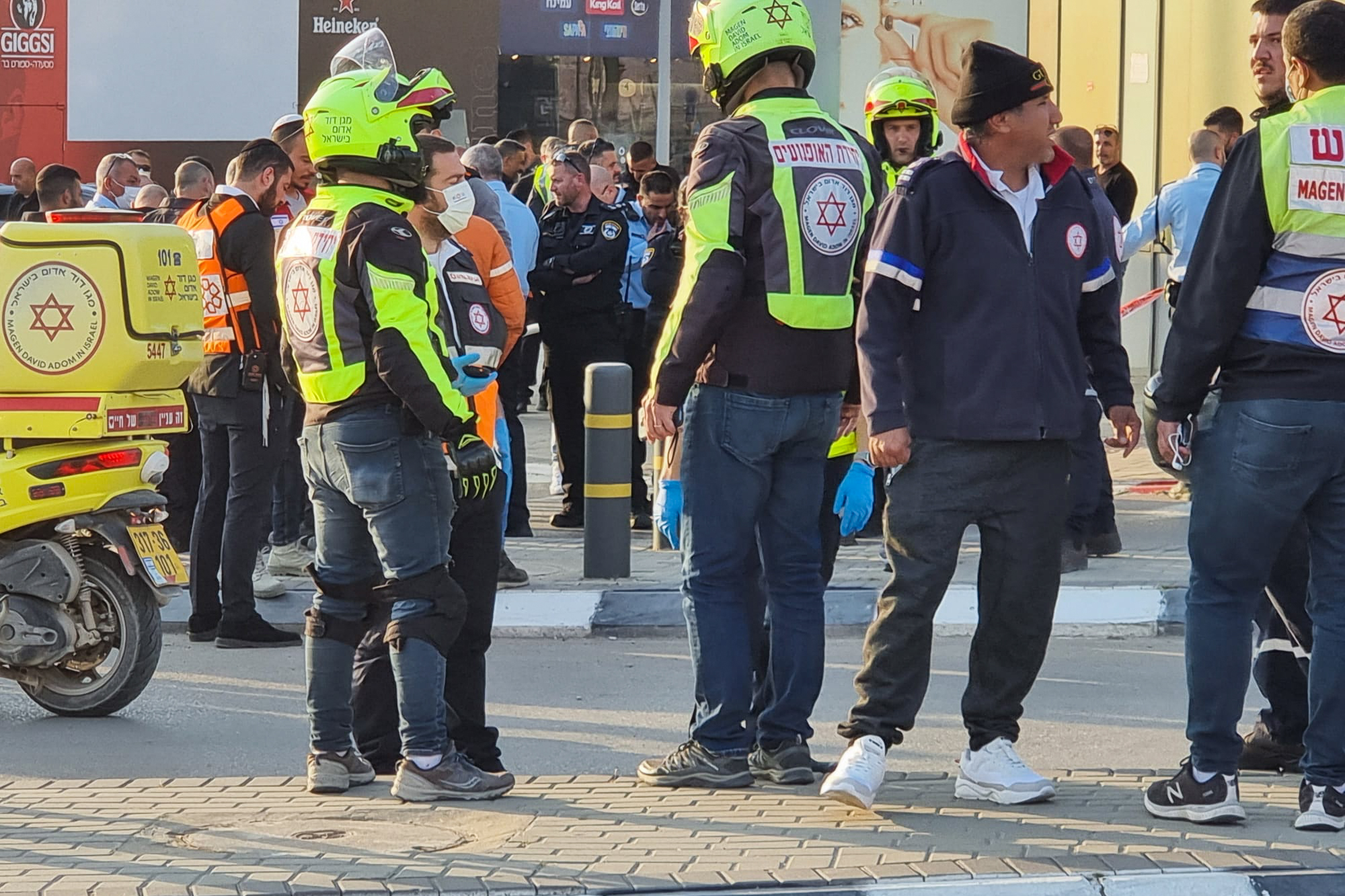 The scene of a car-ramming and stabbing attack outside the Big shopping center in Beersheva in southern Israel on March 22, 2022. Photo by Flash90.
Republish this article in your newspaper or website