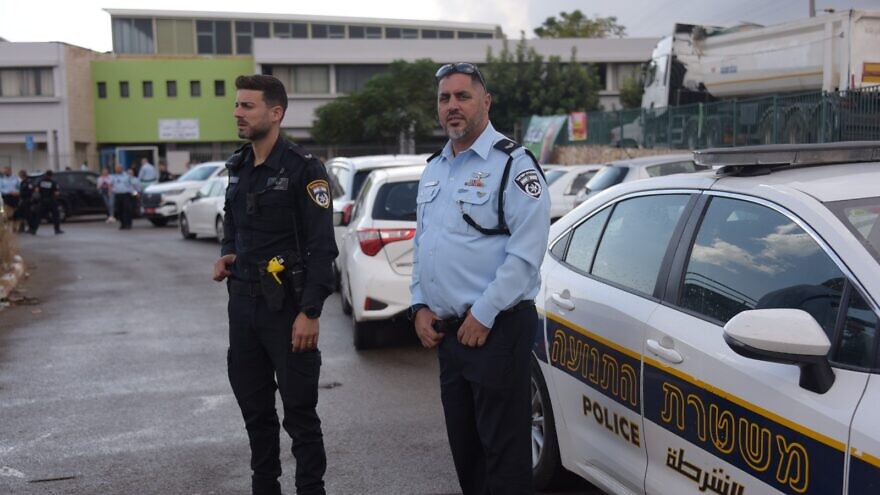 (January 22, 2023 / JNS) Two Palestinians were arrested on Sunday, in possession of knives, near the central Israeli city of Modi’in on suspicion of planning to carry out a terrorist attack.

It comes as shots were fired towards the city of Kiryat Arba, located adjacent to Hebron in Judea.

Emergency services personnel said that nobody was injured, although a home may have been hit by the gunfire.

And on Saturday, the Israel Police opened an investigation into an incident in which a young girl was lightly injured by shards of glass when her window was pierced by a bullet fired from a neighboring Palestinian village.

The girl, 7, was at home in the Pisgat Zeev neighborhood in northern Jerusalem when a bullet struck a window in her apartment and then narrowly missed her forehead. She was rushed to the hospital for treatment.

Last week, Israelis in Judea and Samaria called on the government to crack down on Palestinian terrorism after a family home in Shaked, in northwestern Samaria, was struck by gunfire.

On Tuesday, Israeli security forces arrested two Palestinians in the central city of Netanya on suspicion of planning a terrorist attack.

The suspects, who were within the Green Line illegally, were taken into custody following a manhunt near the city’s main market. They were handed over to the Israel Security Agency (Shin Bet) for questioning.

No additional details about the alleged plot were provided.

Israeli forces remain engaged in a counter-terrorism offensive, primarily in Judea and Samaria, in response to a series of Palestinian attacks that killed 31 people in 2022.