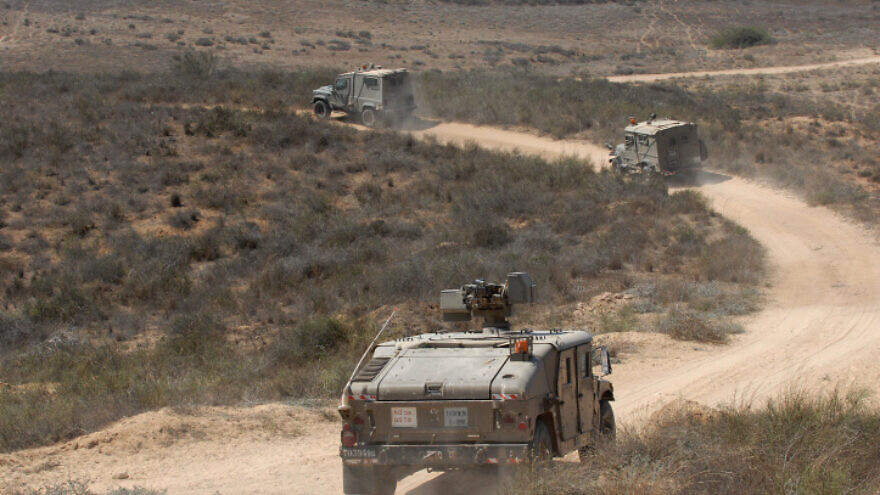 (February 23, 2020 / Israel Hayom) Israeli forces fired on two men from the Gaza Strip on Sunday during what the Israeli military said was an attempt to plant a bomb along the Gaza security fence. Palestinian sources reported that both were killed.

The men were spotted from a nearby military observation post as they approached the fence north of Khan Yunis on a motorbike, according to the Israel Defense Forces.

Troops from Israel’s Haruv Battalion who were called to the scene engaged the suspected terrorists, the IDF said in a statement. The Israeli military did not confirm the men’s death, saying only that “a hit was identified.”

The Gaza Health Ministry reported that two Palestinians had been killed in an exchange of fire with IDF troops, while Palestinian media outlets claimed the IDF was preventing local paramedics from evacuating the bodies from the scene.

The initial belief within the defense establishment was that the two men belonged to the Palestinian Islamic Jihad terrorist organization.

Meanwhile, Lebanese daily Al-Akhbar reported on Saturday that Hamas in Gaza had raised alert levels in fear of a significant Israeli surprise attack, despite Israel’s easing of restrictions on the coastal enclave, including the approval of 7,000 work permits and expanding fishing zones off the Gaza coast to 15 nautical miles.

A senior Hamas official in Gaza told the paper: “We believe there’s a chance of an assassination attempt or significant aerial strike before the election in Israel [on March 2].”

On Friday, Hamas leader in Gaza Yahya Sinwar met with Qatari envoy Muhammad al-Amadi in Gaza City. The two discussed economic initiatives to improve the lives of Gazans, as well as Gaza infrastructure.

Al-Amadi announced that a hospital would be constructed in southern Gaza at a cost of $24 million.

“There was a positive mood at the meeting and an eagerness to provide a better future for our citizens,” Hamas said in a statement. The meeting marked Sinwar’s first public appearance in some time and followed a report last week by Arab media outlet Al-Araby Al-Jadeed that Israel had considered assassinating him but was dissuaded by Egyptian mediators.

Shahar Klaiman contributed to this report.