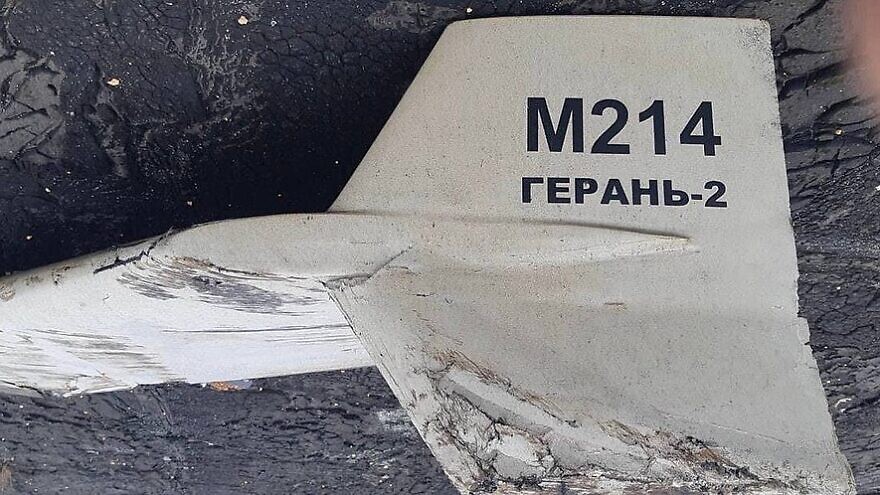 (October 18, 2022 / JNS) The United States on Monday backed statements by France and Britain to the effect that Iran’s sale of so-called “suicide drones” to Russia for use against Ukraine violated a binding United Nations Security Council Resolution.

According to Ukraine, Iranian-made Shahed 136 drones have been used by Russia to assault its cities and energy infrastructure in recent days in waves of deadly strikes. The U.S. has described Russia’s actions as war crimes.

During a press briefing on Monday, State Department spokesperson Vedant Patel said,  “It is our belief that these UAVs that were transferred from Iran to Russia and used by Russia in Ukraine are among the weapons that would remain embargoed under [United Nations Resolution] 2231.”

Iran has denied sending the UAVs to Russia, but Patel said that the United States “exposed publicly that Russia has received drones from Iran, that this was part of Russia’s plan to import hundreds of Iranian UAVs of various types,” adding that there is “extensive proof” of their use in Ukraine.

In addition to sending UAVs to Russia, Iran also intends to send its Fateh-110 and Zolfaghar ballistic missiles, The Washington Post said on Sunday, citing American and allied defense officials.

Iranian-backed terror organization Hezbollah in Lebanon is believed to possess Fateh-110 missiles, which have long enough range to threaten most of Israel.

Tal Inbar, a leading Israeli missile and space expert, tweeted on Monday that Iran’s missile production rate and arsenal is larger than that of Russia. He added that Russia could pay Iran for the weapons with hard currency or through the transfer of military technology to Tehran, noting that this would ease the pressure on Iran of international sanctions. The Iranians will also receive operational data from the usage of their weapons in Ukraine, he added.

Separately, a report last week by the Ukrainian Resistance Center claimed that Russia has brought Iranian personnel linked to the Islamic Revolutionary Guards Corps to eastern Ukraine in order to train Russian forces on how to operate the Iranian-made Shahed 136 UAVs.

According to the Ukrainian Resistance Center, which operates under the Special Operations Forces of the Armed Forces of Ukraine, Russian forces “brought an unspecified number of Iranian instructors” to a town in annexed Crimea, and to Zaliznyi Port to the Kherson region, southern Ukraine, for training.