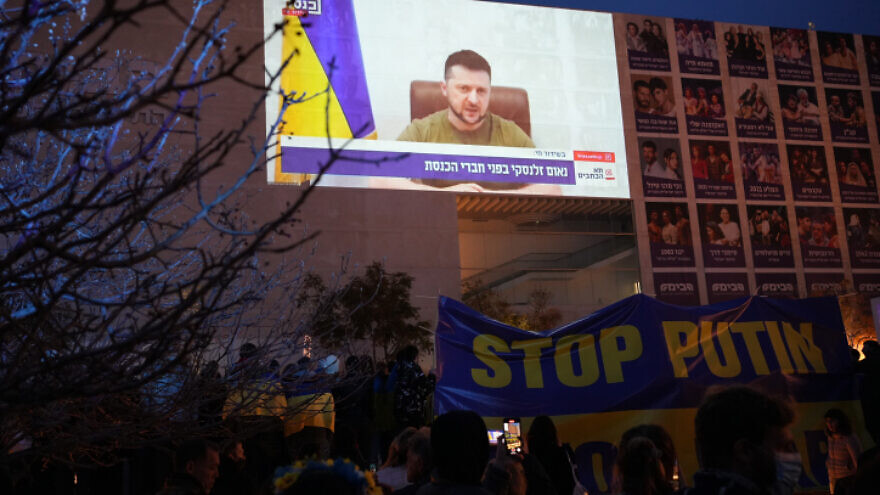 (October 31, 2022 / JNS) Ukrainian Ambassador to Israel Yevgen Korniychuk meets with his American counterpart Tom Nides every week in a bid to convince Washington to pressure Jerusalem into providing weapons to Kyiv for use in its war against Russia.

In an interview with The Hill on Sunday, Korniychuk referred to Nides as his “secret weapon” in this diplomatic offensive. “The Americans are the only country that Israel is listening to … [and] this is why we discuss the … need to change this major trend that makes Israel’s position different from the rest of the democratic world, and have more military technical cooperation,” he said.

The remarks came a week after Ukrainian President Volodymyr Zelenskyy slammed Israel for not supplying weapons, and claimed that Moscow would help advance Iran’s nuclear program in exchange for Tehran sending drones and missiles to the Russian military.

“How does Russia pay Iran for this, in your opinion? Is Iran just interested in money? Probably not money at all, but Russian assistance to the Iranian nuclear program. Probably, this is exactly the meaning of their alliance,” Zelenskyy said in a speech via video at a Haaretz conference.

The United States recently expressed “grave concerns about Russia’s acquisition of these UAVs from Iran in violation of U.N. Security Council resolution 2231,” which formally endorsed the 2015 Joint Comprehensive Plan of Action, commonly known as the Iran nuclear deal.

According to a statement by U.S. State Department spokesperson Ned Price, there was “abundant evidence” that the drones are being used against Ukrainian civilians and critical civilian infrastructure.

Earlier this month, Israeli Defense Minister Benny Gantz told European Union ambassadors that while the Jewish state is aligned with Kyiv and Western nations, it would not offer any arms.

“Our policy vis-à-vis Ukraine will not change—we will continue to support and stand with the West, we will not provide weapon systems,” said Gantz.

Israel has reportedly been providing Ukraine with “basic intelligence about Iranian drones” that Russia is deploying.

Nevertheless, Korniychuk told The Hill that Kyiv wants the Biden administration to investigate whether Israel is abiding by Western sanctions on Russia.

“The issue of sanctions is also important and the Americans are in a much better position to check whether the Israelis are following those sanctions or not,” he said.