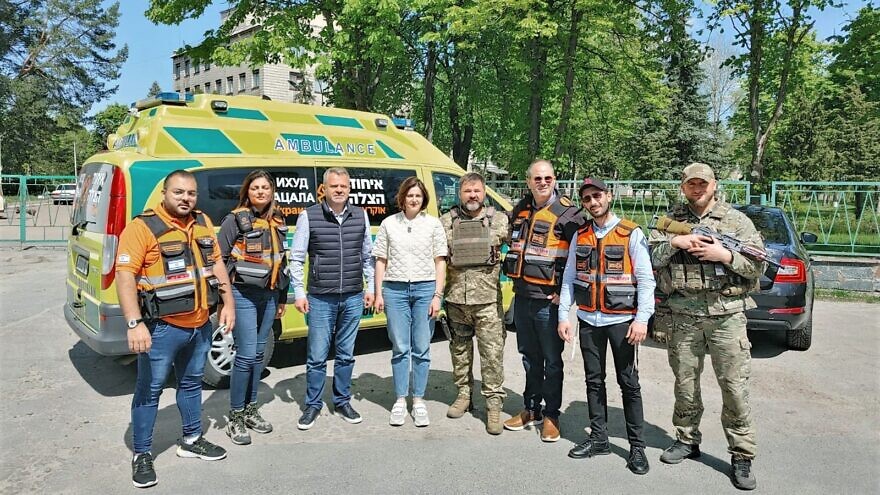 President and founder of United Hatzalah Eli Beer (third from right) with Parliament member for the city of Bucha, Ukraine, Olga Vasilevskaya-Smaglyuk (center), and team members who have been operating a group of ambulances and providing medical care throughout Ukraine, May 9, 2022. Credit: United Hatzalah.
Spread the word.
Help JNS grow!
Share now:

(May 9, 2022 / JNS) President and founder of United Hatzalah Eli Beer flew to Moldova on Monday in an impromptu visit, heading into Ukraine to encourage volunteers of the organization who are active in the conflict zone and to deliver much-needed medical supplies.

As part of the trip, Beer spent some time praying at the gravesite of Rabbi Nachman of Breslov in Uman for a quick end to the war and for the speedy recovery of those injured.

Beer visited with United Hatzalah team members who have been operating a group of ambulances and providing medical care to injured and ill people in various cities in Ukraine. He and his entourage also brought medical supplies from Israel and delivered them to the volunteers, as well as to various medical clinics in the region, including the medical center in Uman. 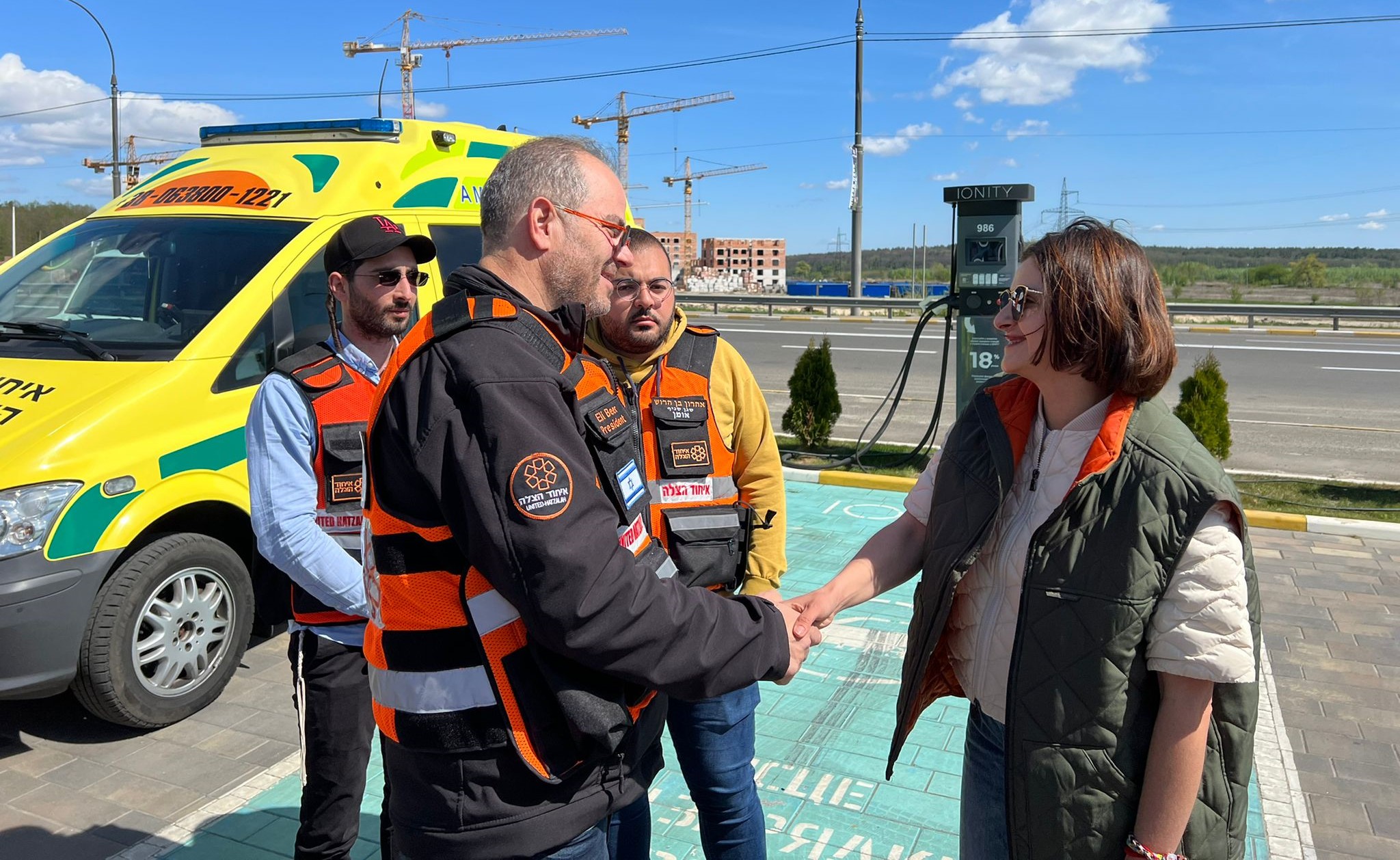 He and his team then went to Bucha and Kyiv, where they met with United Hatzalah members, and various health and government officials, to get a better understanding of the ongoing needs in the country.

Since the outbreak of Russia’s war on Ukraine, United Hatzalah has been active in providing humanitarian aid and medical care and supplies to refugees, as well as operated ambulance teams inside Ukraine who have treated and rescued countless individuals thus far. The organization also arranged air transport for nearly 3,000 Ukrainian refugees to Israel.

During his visit to Uman—one of United Hatzalah’s main centers of activity in Ukraine prior to the onset of the war—Beer said: “During peacetime, we see several hundreds, if not thousands, of worshippers, but now the place is empty. My team and I are now praying here alone.” 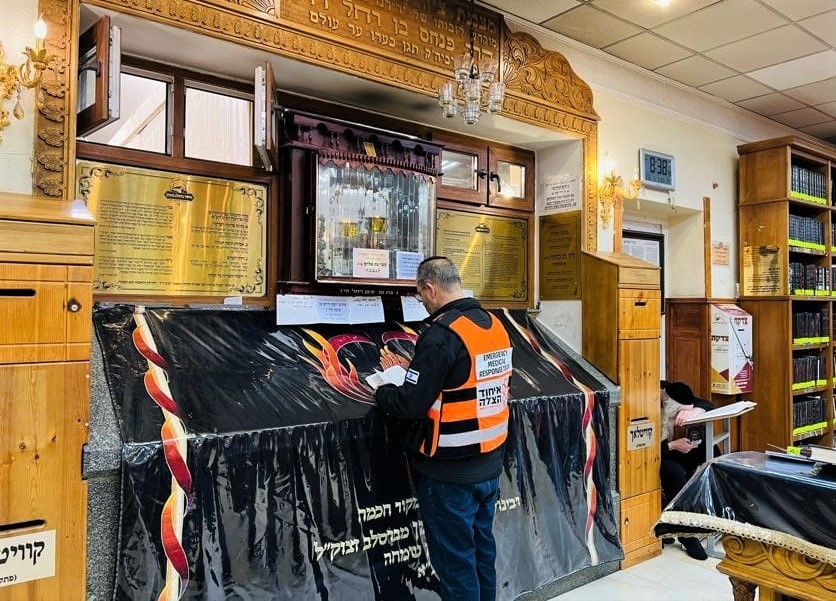 Beer at the grave of Rabbi Nachman in Uman, Ukraine, May 9, 2022. Credit: United Hatzalah.
Republish this article in your newspaper or website