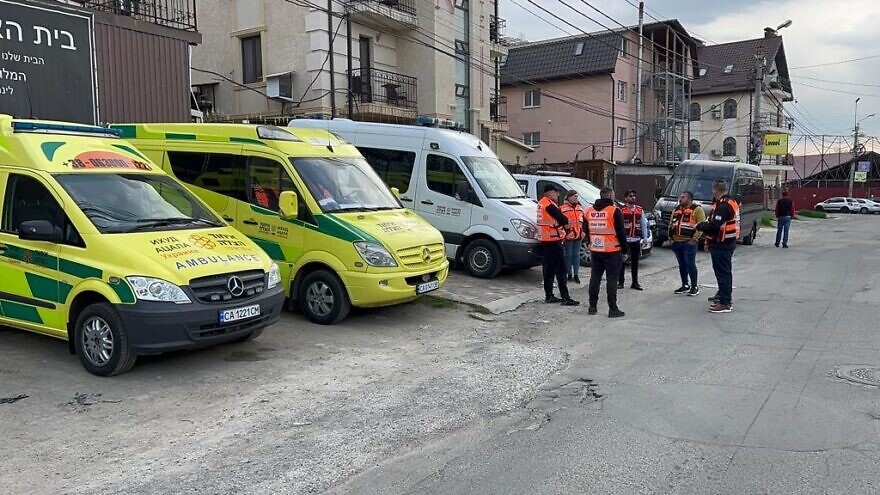 Volunteers from the United Hatzalah emergency medical services organization have been increasing their activity in Uman, Ukraine, ahead of Rosh Hashanah, the Jewish New Year, which starts on Sunday evening.

The town is a popular pilgrimage site during the holiday as many people arrive to visit the gravesite of Rabbi Nachman of Breslov.

Members of Breslov Hasidic communities and other Jews from all over the world congregate in Uman each year to fulfill Rabbi Nachman’s request that they come to him during Rosh Hashanah. This year, despite the ongoing war with Russia, some 10,000 Israelis are expected to be in Uman for the holiday. In addition, with the ongoing conflict in the country, there has been a dramatic increase in the number of requests for emergency assistance received by the Ukrainian United Hatzalah medical hotline.

Matityahu Shapira, head of United Hatzalah in Uman, said, “Our volunteers in and around the town of Uman are collaborating with EMTs and paramedics that will be arriving from Israel and the U.S. and will operate in shifts around the clock in order to provide an immediate medical response to anyone in need of assistance.”

He continued, “As a part of improving the medical security operation this year, United Hatzalah hung dozens of signs near Rabbi Nachman’s grave so that people could identify exactly where they are located based on the closest sign that they see. This helps our teams respond quicker to the emergency as it provides them with an exact location, especially for tourists who may not be able to identify where they are based on street names or local landmarks. Our local hotline number in Uman is 063-800-1221.”

The deputy head of the Uman chapter of United Hatzalah, Aharon Ben Harush, added: “We equipped all of United Hatzalah’s ambulances in Uman with an abundance of medical equipment in order to provide quick response to medical emergencies in and around the city.”

“We have outfitted additional ambulances in Uman and other parts of Ukraine that will continue to provide medical assistance to those in need in different communities as well,” said Ben Harush. “Our teams will operate around the clock and all cases that require evacuation will be taken to a medical clinic for triage before being transported to a hospital or back to Israel as the case demands.”