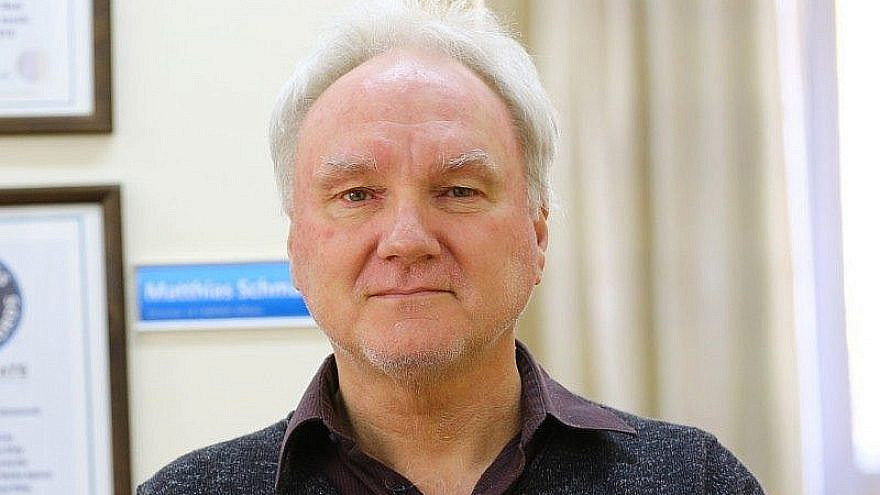 (May 26, 2021 / JNS) Gaza director of the United Nations Relief and Works Agency (UNRWA) Matthias Schmale accused NGO UN Watch and the press on Wednesday of “blatantly manipulating” comments he made in an interview with Israel’s Channel 12 two days earlier.

In the interview, conducted by Arad Nir, Schmale had said that during the Israel Defense Forces’ “Operation Guardian of the Walls,” Gaza residents “did not run out of food, water and supplies,” and that there was currently “no acute or serious shortage” of them.

Schmale then said that he “would not dispute” claims of the “precision” of IDF bombardments, adding, “I also have the impression that there is a huge sophistication in the way the Israeli military struck over the last 11 days.”

Though stressing that “in comparison to the 2014 war [‘Operation Protective Edge’], this time the strikes felt much more vicious in terms of their impact,” he reiterated that the IDF “didn’t hit—with some exceptions—civilian targets.”

Following condemnation by Hamas and Palestinian social-media users, Schmale tweeted: “Recent remarks I made on Israeli TV have offended & hurt those who had family members & friends killed & injured during the war that has just ended. I truly regret to have caused them pain, & reiterate following points I have made through countless interviews & tweets.”

Responding to Twitter users who had praised him for his interview and then suggested he had been coerced into backtracking, he announced: “No one has forced me into an apology. Responsible leaders listen carefully to people they serve—in my case Palestine refugees; civilians, not political or military actors—and accept and correct errors of judgment.”