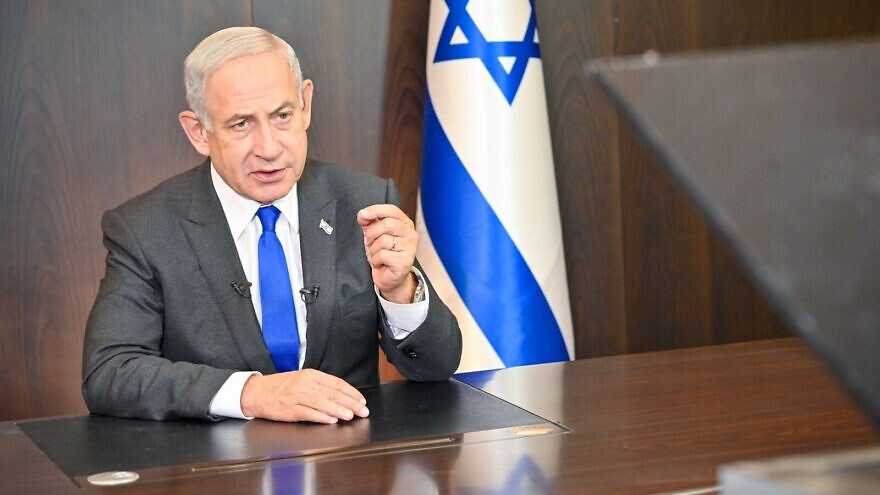 (January 9, 2023 / JNS) Israeli Prime Minister Benjamin Netanyahu addressed the AIPAC Political Leadership Forum through a video call from his office in the Knesset on Monday, speaking about the importance of U.S.-Israel cooperation on Iran in the pro-Israel lobbying group’s first major conference since the COVID-19 pandemic.

Netanyahu was met with a standing ovation from conference attendees, including 1,000 pro-Israel activists and senior AIPAC management.

The prime minister said that people around the globe are now seeing the Iranian regime’s internal repression of its citizens. Demonstrations are taking place across the country following the death of 22-year-old Kurdish Iranian woman Mahsa Amini in the custody of the regime’s morality police. Amini was arrested for not wearing her hijab in accordance with government standards.

“So now, because of the brave men and women of Iran, the entire world sees what we’ve been talking about, that this is a terrible, repressive, terrorist regime,” said Netanyahu.

He also said that he is working to expand the “circle of peace,” describing diplomatic efforts between Israel and its Arab neighbors.