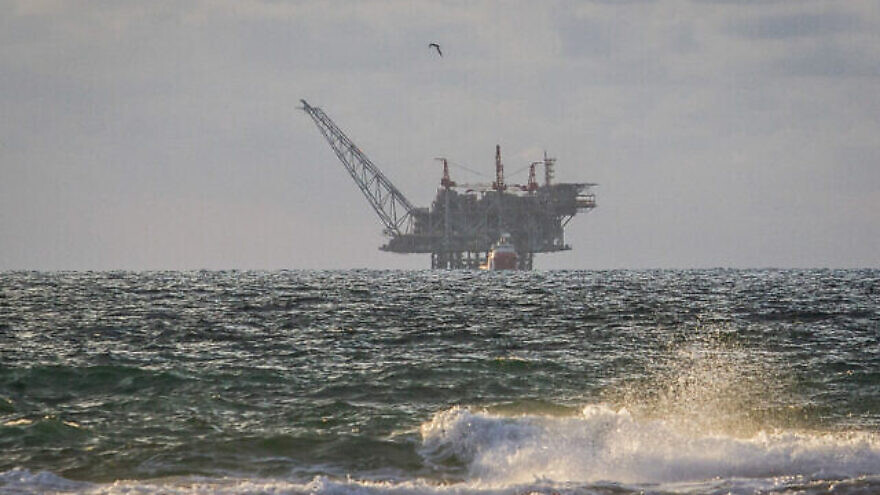 (October 18, 2022 / JNS) The United States’ point man on the Israel-Lebanon maritime border accord spoke to the American Jewish community on Friday, detailing what the agreement is (a breakthrough between enemy states) and what it isn’t (a peace deal).

“As most people on this call know, Israel and Lebanon have never really agreed to very much, and have never agreed on a boundary. So, this is really a first of its kind,” Amos Hochstein, the special presidential coordinator for international energy security and infrastructure investment, said in a pre-Shabbat briefing. “This is not a peace deal. This is not normalization. This is an agreement that allows the two countries to have a normalized boundary in the water.”

The Zoom briefing, the first called by the White House’s liaison to the Jewish community, Shelley Greenspan, since she was chosen for the post in late July, gave American Jews an opportunity to hear directly from Hochstein, though no questions were taken from attendees.

Hochstein, who held prior government roles during the Obama administration, detailed why he and others previously failed in the long quest to get a maritime border deal done, and how he was able to change the dynamic this time.

“The first question I got during the interviews on Israeli television this week was: ‘Who won? Who got more?’ The question itself identifies the problem. And what I tried to change this time is rather than draw a line and talk about who gets what percent, let’s look at what each side actually wants, and see if they’re even in competition. And they really are not,” said Hochstein.

In an effort to dispel criticism that the U.S. was meddling and pressuring the sides, including Israel, needlessly, he noted that both former Israeli Prime Minister Naftali Bennett and Lebanese leadership had reached out to the White House for help to move talks forward.

“I don’t think anybody forces Israel to do anything. Not at any game. What’s their interest? I think they do what they see is right. They have a very experienced and very tough team. And by the way, we didn’t force Lebanese to do anything either,” he said.

Hochstein also addressed criticism that U.S. involvement in such a major and politically-charged negotiation during an Israeli election season was improper, and intended to assist the current government coalition led by Prime Minister Yair Lapid.

“Ideally, we would have done this at a time when there was no election hanging over us. Unfortunately, for a negotiation that is going on for 10-11 years, you don’t get to choose the timing of when you make a breakthrough. Even though I wish it wasn’t during elections, it’s really important not to walk away from a point of agreement between the two most bitter enemies in the Middle East that can achieve a deal,” he said. “You may not ever get back to this, and how would we feel if conflict erupted in six months?” 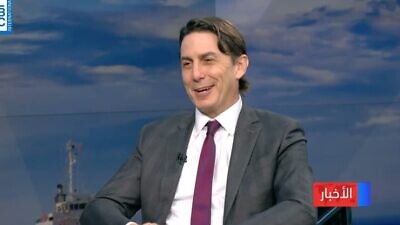 Hochstein said that changing the mindset from a zero-sum game was the hardest obstacle to overcome in the talks.

“The first reaction when they understand what they got is not to say this is good for me. It’s to say, well, what about the other side? And if they got something, does that automatically mean that I lost? Everybody does that, in the Middle East, for sure. The United States does it as well,” he said. “So the art of negotiation here was really for me to try to convince the parties to put away what the other side is getting from this and ask, are you getting what you need?”

Hochstein claims certainty for Israel on security and the border and Lebanon’s economic needs were at the top of their respective priority lists. And he said that having natural gas rigs, vessels and infrastructure on the Lebanese side of the boundary will serve as a deterrent for Lebanon regarding maritime aggression towards Israel.

“Both sides have what to lose from going into conflict in the waters. This doesn’t guarantee peace and security between Israel and Lebanon on the land. But it is a first-of-its-kind agreement that perhaps can be a model for the future,” he said.