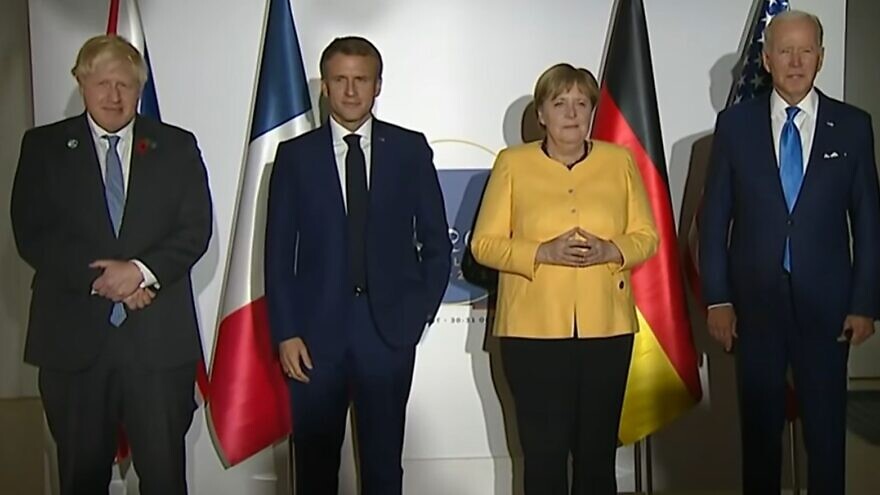 “We are convinced that it is possible to quickly reach and implement an understanding on return to full compliance and to ensure for the long term that Iran’s nuclear program is exclusively for peaceful purposes,” the four nations said in a joint statement released by the White House.

The four leaders also declared their determination to prevent Iran from acquiring nuclear weapons and expressed their “grave and growing concern” that Iran has “accelerated the pace of provocative nuclear steps,” including the enrichment of uranium.

Iran’s moves are “made more alarming” by its decreasing lack of cooperation with the International Atomic Energy Agency (IAEA), the statement said.

“The current situation underscores the importance of a negotiated solution that provides for the return of Iran and the U.S. to full compliance,” it said.

The leaders said in the statement that it was possible to reach an understanding with Iran and that a return to compliance would result in the lifting of sanctions.

It would also lead to a “reduced risk of a nuclear crisis that would derail regional diplomacy.”

A senior U.S. administration official told reporters that Merkel had suggested the meeting so that leaders could “review the issues” ahead of the resumption of nuclear talks in Vienna, Reuters reported.