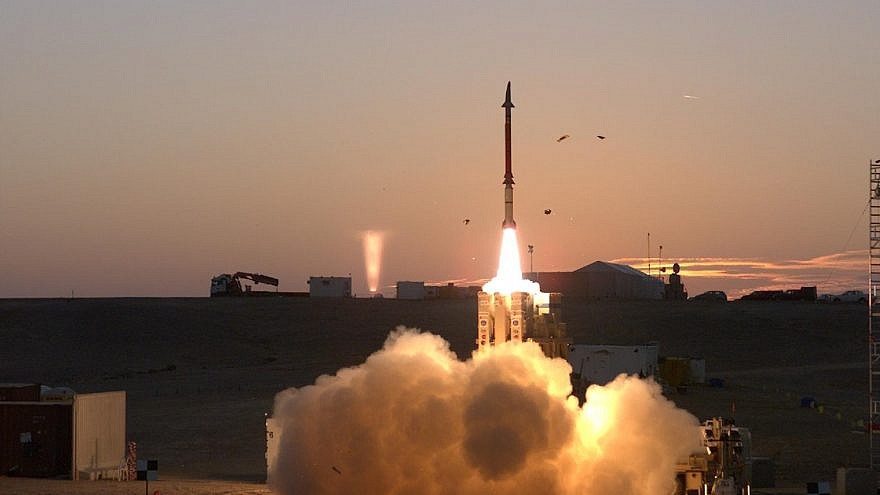 (April 7, 2022 / JNS) A new humanitarian truce in effect between the Iranian-backed Houthis in Yemen and Saudi Arabia is unlikely to hold for the two months, it was declared.

Already, the Houthis have accused the Saudis of committing dozens of “violations” as the Shi’ite militant organization likely prepares the ground for further missile and unmanned aerial vehicle attacks on Saudi cities, oil sites, airports and other strategic locations.

The Houthi aerial terror campaign was extended to Abu Dhabi, the capital of the United Arab Emirates, in January, in deadly missile and UAV strikes. The Saudi-led coalition has been engaged in a lengthy campaign of airstrikes on Houthi targets in Yemen.

The aerial threats faced by the countries of the Gulf Cooperation Council are not very different from the ones faced by Israel. Iranian-made ballistic missiles and rockets, cruise missiles and explosive UAVs are planted all over Lebanon in Hezbollah’s depots.

Hezbollah has, for its part, helped train the Houthis. In exchange, it has received access to Houthi battle lessons and doctrine knowledge, while closely observing the Houthi activation of firepower. In fact, the lengthy war of attrition between the Houthis and moderate Sunni Arab Gulf states has acted as a kind of lab for the Iranian-led radical axis, and the lessons from these “experiments” will be studied closely and likely applied in the future against Israel.

The United States has been working with Gulf Cooperation Countries to boost air defenses, but Israel can, in theory, contribute some of its own systems as well to this fight in future defense deals.

The January announcement by the UAE over the deal to by the M-SAM South Korean air-defense system, which is a competitor to Rafael’s Iron Dome in many ways, makes an Iron Dome purchase by the UAE less likely going forward.

But the massive defense budgets of the Emiratis—and the Saudis—also mean there are plenty of opportunities for purchasing Israeli systems.

One such candidate is the David’s Sling system made by Rafael, which provides long-range air- and missile-defense coverage, and is operational within the Israel Defense Forces.

The advanced interceptor missile, known as the Stunner or the SkyCeptor, could be combined with other types of launchers, such as the U.S. Raytheon-made Patriot launchers, which both Riyadh and Abu Dhabi already possess.

Theoretically, Rafael could also offer to Gulf states its Spyder air-defense systems, which come in multiple configurations for long-, medium- and short-range defenses. Spyder systems are operational around the world.

Last year, the Czech Republic ordered four Spyder systems. These use missiles that were originally made as air-to-air missiles and converted into advanced surface-to-air missiles, such as the Python-5, I-Derby and I-Derby Extend Range, which use a booster to reach a range of 80 kilometers (50 miles).

These longer-range versions of Spyder use Israel Aerospace Industries’ Multi-Mission Radar, which the Czechs received their first unit of in recent days. Prague ordered a total of eight such radars.

In addition, Gulf states can receive IAI’s Barak air-defense and missile-protection systems, which also come in three configurations (short-range, medium-range and long-range, and can take on UAVs, ballistic missiles and cruise missiles.

It seems possible that Gulf states are also highly interested in Israel’s new aerial radar, dubbed “Sky Dew,” which became operational in late March, and which place an advanced IAI-Elta radar inside a floating aerostat, providing much longer detection coverage range. That makes it easier to detect evasive low-flying threats like cruise missiles and UAVs, and could make interception more successful.

But these systems are not optimized for UAV attacks, which involve low, slow targets that provide those who launch them with precision fire capabilities.

As the Houthis continue to develop their abilities to fire UAVs like the long-range Samad 3 and cruise missiles like the Quds 2 type—the ones they fired at Abu Dhabi in January, and at Saudi Arabia before that—Israel can, in theory, extend new capabilities to its Gulf allies, and in the process, create its own lab to learn invaluable lessons for its own security as well.