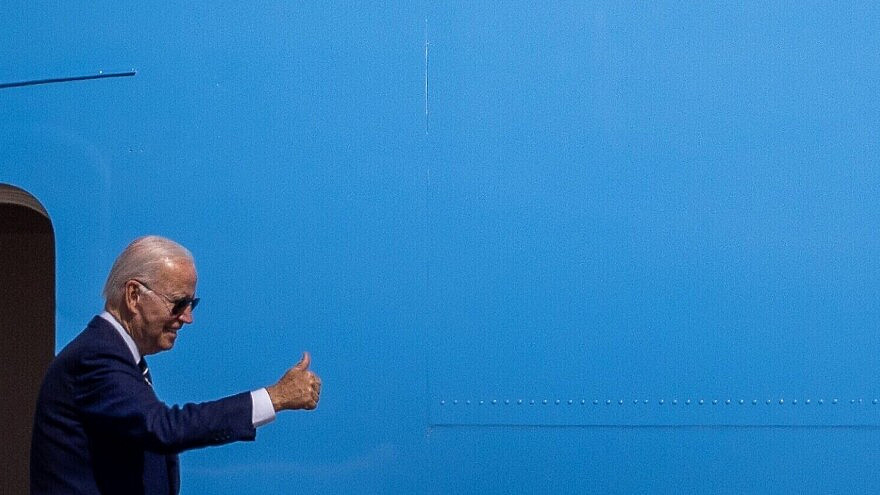 (October 4, 2022 / JNS) The Biden administration is “alarmed” by the Iranian regime’s ongoing deadly crackdown on demonstrators across the country but is  still committed to forging a nuclear deal with the Islamic Republic, White House Press Secretary Karine Jean-Pierre said Monday.

“So, we’re alarmed and appalled by reports of security authorities responding to university students’ peaceful protests with violence and mass arrests,” she said, adding that these “crackdowns are precisely the sort of behavior that drives Iran’s talented young people to leave a country by the thousands to seek the dignity and opportunity elsewhere.”

Khamenei strongly backed his security forces, which have killed more than 130 demonstrators, and claimed that the unrest, sparked by the death on Sept. 16 of 22-year-old Mahsa Amini, was not being caused by “ordinary Iranians.”

Amini died in custody after being arrested by Iranian morality police in Tehran for failing to wear her hijab correctly.

Despite the Biden administration’s “concern” with Iran, Jean-Pierre made clear that the White House was still committed to reviving the 2015 nuclear deal, saying: “It is the best way for us to address the nuclear problem that—that we see. As long as we believe pursuing [the] talks is in the U.S. national security interest, we will do so.”

At the same time, she qualified, the U.S. will continue to use “other tools” to address “problems” with Iran’s actions.