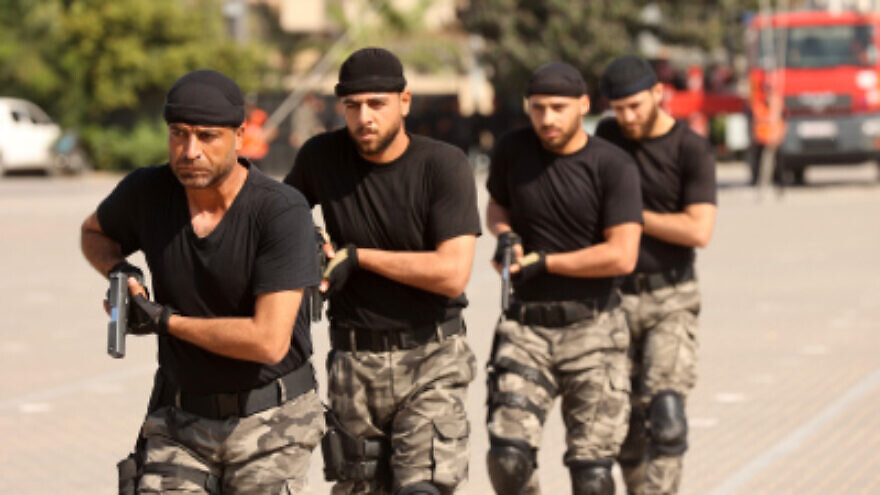 Hamas, a Muslim Brotherhood offshoot, does have ideological red lines, but it also tries to find practical solutions to its predicament when dealing with a far more powerful Israeli military.

“It is clear that Hamas is not now interested in conflict with Israel,” Ido Zelkovitz, head of the Middle East Studies program at Max Stern Yezreel Valley College, told JNS.

He added that one of the top priorities for Hamas is a deal that would see its prisoners released by Israel.

“Such a deal would be a political victory and give it a boost in its competition with the Palestinian Authority,” said Zelkovitz, who is also a research fellow at the Chaikin Chair for Geostrategy at the University of Haifa.

Hamas security forces arrested two Palestinians on Sunday after they fired four rockets at Israeli on Thursday, violating the ceasefire and prompting a retaliatory attack by Israel, a source in Gaza told AFP.

“The Palestinian factions have nothing to do with these rockets, which are aimed at giving the occupation [Israel] an excuse for continuing the aggression,” the source said.

Kobi Michael, a senior researcher at Israel’s Institute for National Security Studies (INSS) at Tel Aviv University, agrees, saying it is not surprising that Hamas is not interested in a war at the moment.

“Hamas wants to utilize the calm to continue improving the economic reality and standard of living in the Gaza Strip,” said Michael.

“Hamas also wants to rebuild its military capacities damaged dramatically during ‘Operation Guardian of the Walls,'” the aerial war with Israel in May 2021, he added.

In addition, continued Michael, “Hamas is interested in using the opportunity and continue weakening Islamic Jihad, its main political adversary [in Gaza].”

Meir Litvak, an expert on Hamas at Tel Aviv University, wrote a journal article giving examples of how Hamas’s ideology of jihad and martyrdom is balanced by its desire for tactical victories.

“Like most other Sunni movements, Hamas has relegated the messianic elements of Islam to a secondary level, for it has been much more interested in establishing an Islamic state in the here and now,” he writes in “‘Martyrdom is Life’: Jihad and Martyrdom in the Ideology of Hamas,” published in Studies in Conflict & Terrorism in 2010.

“The one exception is the eschatological meaning given by Hamas to the jihad against the Jews, which it claims is a prerequisite for fulfilling God’s promise to establish His rule over the earth,” Litvak explains.

For example, he continues, then-Hamas chief Khaled Mashaal said in 2008 that its agreement to a brief ceasefire (tahdi’a) in the hostilities with Israel was not meant to signal a change from “a phase of resistance and battles to a phase of calm.”

Rather, according to Hamas’s “concept of the management of this conflict, the tahdi’a is a tactical means. It is a step within the resistance and is not detached from it,” said Mashaal.

Therefore, while the long-term goal of Hamas is to destroy Israel and replace it with an Islamic state, it realizes that this is not currently possible, and it must make small incremental victories at the expense of a continuous self-defeating jihad that Israel’s overwhelming power would crush.

While the end goal of creating a worldwide caliphate is not different from that of other jihadist groups like Islamic State, it prefers to play the long game instead of insisting on constant attacks without restraint regardless of their enemy’s strength.

The recent arrests of those responsible for firing rockets at Israel do not signal moderation but rather that this is not the appropriate time for such attacks in the view of the Hamas leadership.