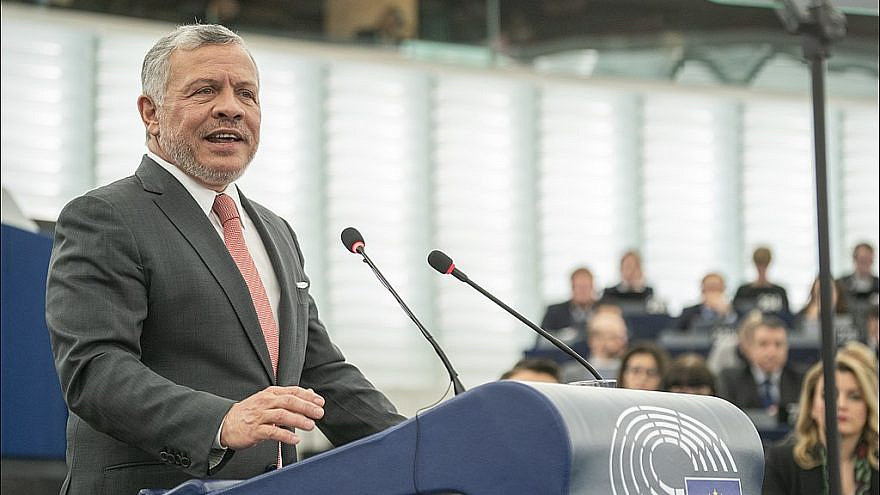 (September 14, 2022 / JNS) The Simon Wiesenthal Center has called on Jordan’s King Abdullah II to ensure that Jews arriving in or transiting his kingdom no longer face harassment from border officials for carrying in their luggage prayer shawls and phylacteries (tallitot and tefillin).

“The Simon Wiesenthal Center has received numerous complaints of harassment, attempted confiscations by Jordanian officials of these basic religious items that millions of Jews don each morning during their prayers,” said Rabbi Marvin Hier and Rabbi Abraham Cooper, founder and associate dean of the SWC, respectively, in a joint statement.

According to the center, some travelers have reported being told that it is illegal to bring these Jewish holy items into Jordan.

“As you know, Your Majesty, the SWC had a warm and ongoing friendship with your late father, His Majesty King Hussein,” the statement continued. “Indeed, in 1995, he was the first Arab head of state to visit our Museum of Tolerance in Los Angeles, and we visited with him in Amman.

“Your Majesty, an SWC delegation also had the honor to visit with you at the royal palace in Amman in 2005 and presented a special award to you for ‘standing on the side of human dignity and mutual respect,’” Hier and Cooper noted, adding: “We now ask, Your Majesty, to ensure that Jordanian officials at your nation’s borders live up to those standards.”

SWC reached out to the Jordanian ambassador in Washington but had not heard back.