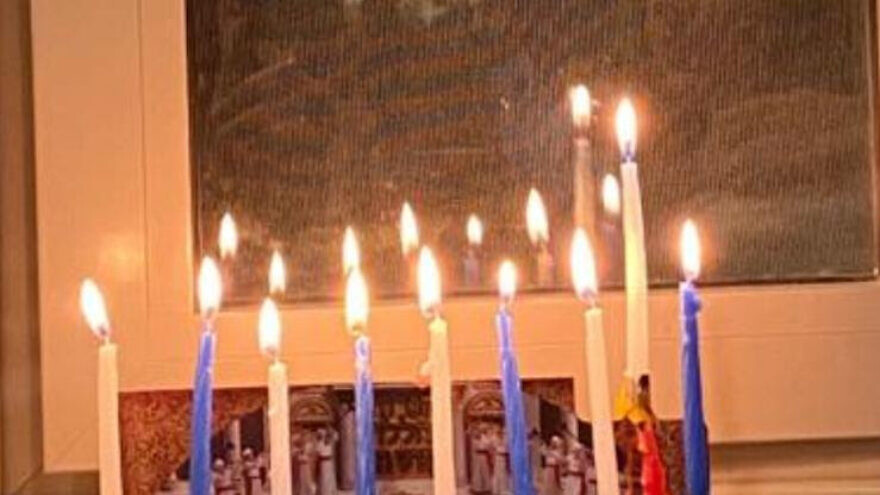 (November 9, 2021, JNS Wire) Chanukah is right around the corner. Jeff Seidel’s Chanukah menorah distribution campaign is back once again distributing nearly 1000 menorah packets to the overseas students throughout Israel. Some students have received menorahs or are receiving even this week. These students are studying at The Reichman University (IDC), Hebrew University and Tel Aviv University, as well as gap year students from programs such as Aardvark, Young Judea and Kivunim. For some students, this will be their first time lighting a menorah.

Many gap year programs are off during Chanukah, and now students will be able to take their menorahs with them wherever they go so that they can light their own menorah on all the nights of the holiday. While other students will be travelling to Poland during this Chanukah, “knowing that they will be able to light their menorahs in a place where there was once no light for the Jewish people will be an extremely powerful, unforgettable and moving experience for all of us,” according to Jeff.

This initiative is not only for this  years Chanukah. Jeff hopes to inspire students to be lighting their menorahs this year and years to come when they may be the minority at the universities and where they are battling the BDS movement. Wherever our students may be not only will they light their own menorah but will invite, encourage and inspire their friends to light menorahs with them. Spreading their Chanukah miracle around the world. 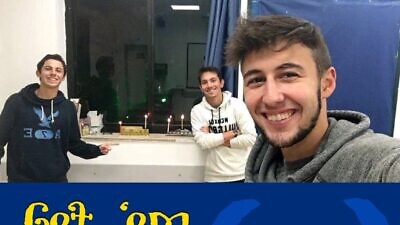 Chanukkah commemorates the historical event that took place in Jerusalem when the Seleucid Greek empire was the ruling power. In 168 BCE, The King Antiochus IV Epiphanes outlawed Jewish practice and defiled our Jewish Temple in the city by installing an altar to Zeus Olympios and sacrificing pigs.

A small army of Jews, known as the Maccabees, rebelled against this religious persecution. They regained control over the Temple, removed the symbols of Zeus and built a new altar so they could once again offer sacrifices in keeping with Jewish law.

According to the Talmud, a compilation of 3rd to 6th century Jewish teachings, a miracle occurred at this time.

There was only enough oil to keep the Temple’s menorah, one of its most important ritual objects, burning for one day. But the flame stayed alight for eight days, until a new supply of oil could be found – the basis for the eight-day celebration of Chanukkah.

It’s our sincere hope that our students will be a light and light up this year Poland and next year their universities.

Republish this article
About The Publishers
Jeff Seidel
Since 1982, Jeff Seidel has introduced thousands of Jewish college students to their first Shabbat experience as well as offered free tours and classes through his Jewish Student Centers at Hebrew U in Jerusalem, Tel Aviv University, Ben-Gurion University in Beersheba, and IDC in Herzliya. He has lived in Jerusalem’s Old City for over thirty years and connected tens of thousands to the Land of Israel. He has also authored “The Jewish Traveler’s Resource Guide,” which lists Shabbat placement programs around the world.
Publish your organization's press release on JNS Wire
Releases published on the JNS Wire are communicated and paid for by third parties. Jewish News Syndicate, and any of its distribution partners, take zero responsibility for the accuracy of any content published in any press release. All the statements, opinions, figures in text or multimedia including photos or videos included in each release are presented solely by the sponsoring organization, and in no way reflect the views or recommendation of Jewish News Syndicate or any of its partners. If you believe any of the content in a release published on JNS Wire is offensive or abusive, please report a release.