(September 15, 2022, Jerusalem, JNS Wire) Masa Israel Journey, a joint initiative of the Government of Israel and the Jewish Agency and a global leader in cultivating Jewish connectedness through long-term, immersive programs in Israel, today released an extensive study quantifying the impact that programs in Israel lasting four months or longer have on young Jewish adults. Results reveal that long-term programs in Israel can transform young Jewish adults, even those who are largely unengaged from Jewish life, into deeply integrated community members whose impacts are felt locally and internationally.

The study was conducted by Impact:NPO, a consultancy that specializes in measuring the impact of nonprofit programs. Impact:NPO surveyed 2,433 young Jewish adults from the United States between August and October 2021. Among the 1,254 relevant respondents, 497 had participated in a long-term Masa program in Israel—called a Fellowship—lasting at least four months between 2009 and 2019; 632 had participated in a short-term program in Israel lasting less than one month; and 127 had never visited Israel.

Findings from the study, compiled into a comprehensive report, include:

The study includes specific insights into a long-term program’s ability to foster meaningful Jewish engagement among unengaged Jewish young adults. The surveyed Masa alumni were segmented into groups based on their attitudes and behaviors. Among the Career Explorers segment—of which 48% did not participate in any formative Jewish experiences such as bar/bat mitzvahs, Jewish summer camp, or Jewish day school growing up—the majority agree strongly that being Jewish is an important part of their identity, that they feel connected to Jews around the world, and that they feel connected to the Israeli people following their long-term Masa program.

The report, “Israel Immersion: The Key to a Strong Jewish Future,” is divided into five sections, demonstrating the multilayered impact of long-term programs.

“Before my Masa program in Israel, I was disconnected from my Jewish roots and felt something was missing from my life. When I moved back to the United States, I knew I wanted to keep nurturing the part of my Jewish soul that blossomed in Israel,” said Charlene Green, a Masa alumnus from 2008 and the Director of Changemaker Growth and Experience at the Jewish Federations of North America. “This led me to find fulfilling employment building Jewish community in North America, sharing the passion and love of Judaism I discovered in Israel. I 100% attribute my lifelong work as a Jewish nonprofit professional to my Masa program.” 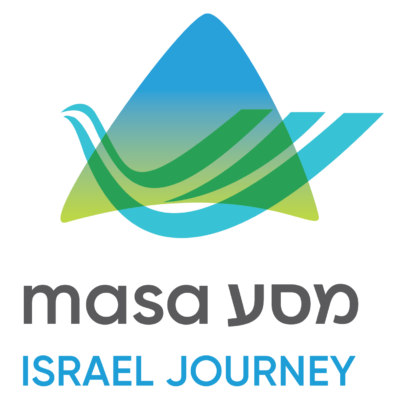 Masa Israel Journey
Masa Israel Journey is the largest immersive, long-term educational experience for young adults ages 16-35. On its programs that range from two months to a year, Masa offers an authentic, unmediated, and challenging journey into Israeli society, culture, politics, and history – and acts as the largest pipeline for the Jewish Diaspora to access the finest Israeli businesses, social enterprises, and academic institutions. Since its 2004 founding by the Israeli Prime Minister’s Office and The Jewish Agency, Masa has served over 180,000 young people from more than 60 countries.
Publish your organization's press release on JNS Wire
Releases published on the JNS Wire are communicated and paid for by third parties. Jewish News Syndicate, and any of its distribution partners, take zero responsibility for the accuracy of any content published in any press release. All the statements, opinions, figures in text or multimedia including photos or videos included in each release are presented solely by the sponsoring organization, and in no way reflect the views or recommendation of Jewish News Syndicate or any of its partners. If you believe any of the content in a release published on JNS Wire is offensive or abusive, please report a release.
Never miss a thing
Get the best stories faster with JNS breaking news updates