(June 17, 2021 / Israel Hayom) A memorial service was held on Wednesday at the gravesite of Lt. Col. Yonatan (“Yoni”) Netanyahu, former Israeli Prime Minister Benjamin Netanyahu’s brother, who lost his life 45 years ago during “Operation Entebbe,” a successful counterterrorism hostage-rescue mission carried out by Israeli commandos at Entebbe Airport in Uganda on July 4, 1976.

The service, held on Mount Herzl in Jerusalem, was attended by family and friends, including Netanyahu, now the opposition leader, and his wife, Sara, as well as President-elect Isaac Herzog and many Likud members.

Herzog, the main speaker at the event, described the late officer as the symbol of bravery in Israeli ethos.

“In the 45 years since Entebbe, Yoni has become engraved in our hearts and minds as a symbol of a soldier, a fighter, a commander, a brother and leader, to look up to and learn about courage and heroism,” he said. 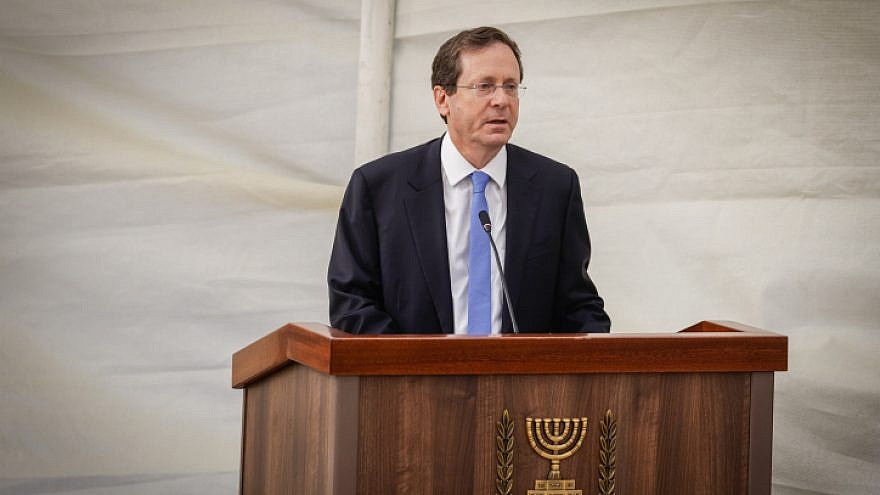 Maj. Gen. Shai Avital, who served in a unit that was under Yoni Netanyahu’s command during the 1973 Yom Kippur War, recalled how instead of being paralyzed with fear during a fierce battle with the Syrian army, Netanyahu led his soldiers with bravery and a clear mind, inspiring his soldiers to continue fighting.

“Such descriptions are an example of Yoni Netanyahu’s legacy,” noted Herzog. “He was a fearless fighter who had the courage to stand up to the enemy, a commander whose soldiers became stronger under his daring leadership, a man whose every action and decision in life were an expression of heroism and an Israeli who did everything to protect his home, country, birthplace and people,” he said.

“My family and I would like to thank all of you for coming today, and you, President Isaac Herzog, for your accurate and uplifting words,” Netanyahu said at the ceremony’s end. “It’s been 45 years since we lost Yoni. Had he lived, he would be 75 years old and would have so much to contribute to the State of Israel. I want to say that there is not a single day that I do not think of him. Not a day when I do not remember him.”