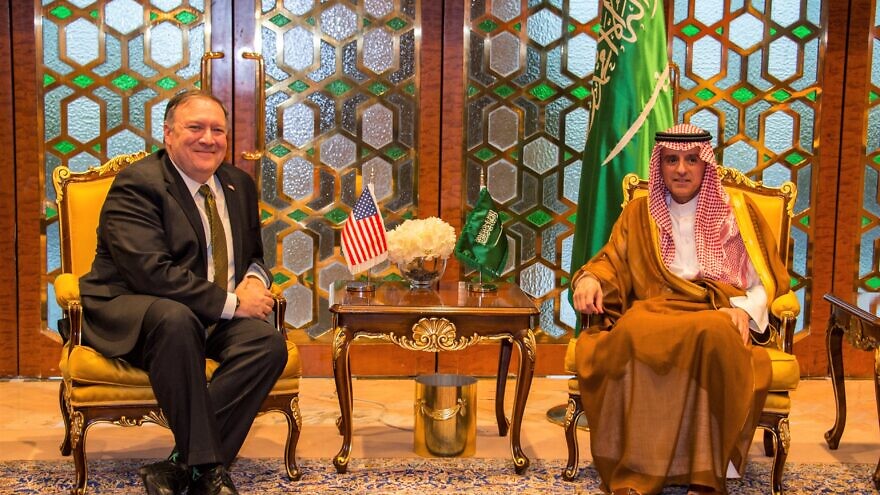 (November 25, 2020 / JNS) The Zionist Organization of America is urging Saudi Arabia to include Israel on its official maps.

Earlier this year on a trip there, ZOA national president Mort Klein met with Adel bin Ahmed Al-Jubeir, Saudi Minister of State for Foreign Affairs, remarking to the Saudi official that Israel is not included on any official maps used by the kingdom.

“We’re all delighted and heartened to hear about your desire to improve relations among the Saudis and the Israelis. Your words of wishing to educate young Saudis about the appropriateness and mutual benefits of enhanced relations with Israel were especially encouraging. However, in this room, directly behind you, is a very large map of the world, which shows every country on earth, yet wrongly does not show Israel. Instead, the large map shows ‘Palestine’ covering all of Israel,” Klein told Al-Jubeir.

“How can Saudi Arabia educate Saudi youth and other Saudis of the mutual benefits of promoting relations with Israel, and to end antagonism towards Israel, if Israel is not even shown on the Saudi maps?” he asked.

Al-Jubeir, who spoke of improving ties with Israel, reportedly mentioned to Klein that the country would work it.

In a statement commending Israeli Prime Minister Benjamin Netanyahu purported visit to Saudi Arabia to meet with Crown Prime Mohammed Bin Salman and U.S. Secretary of State Mike Pompeo in the Red Sea city of Neom last Sunday, the ZOA again urged the Saudis to use the opportunity to include the Jewish state on official maps.