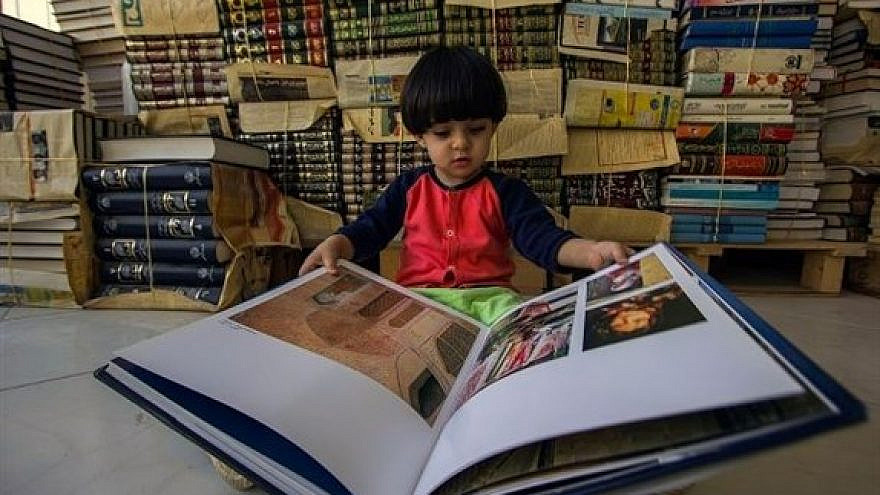 (February 11, 2021 / Israel Hayom) Iranian students are exposed to the hatred of and incitement to violence against the United States, Israel and the Jewish people, according to a special report by the Anti-Defamation League released on the 42nd anniversary of the Islamic Revolution in Iran.

Predicated on extensive research of official Iranian textbooks, the report reveals that schools in the Islamic Republic teach students to chant “Death to Israel,” and present the Jewish state as an illegitimate regime that must be destroyed. The educational material claims that the Jews have plotted against Islam since its inception, have falsified Islamic texts and have always been quick to use violence to achieve their goals. One assertion is that this violence was perpetrated by Freemasons.

The report, which is based on data compiled from the past five years, says that Iranian students are taught that American economic sanctions imposed on Iran are part of a “Satanic plan” to eradicate the religious beliefs of Muslims and that through their nuclear scientists, in particular, the Iranian people “have achieved a blessing with your great jihad and the blood of your bounteous youths.”

“While some curricula in the region are starting to improve, scaling back incitement and encouraging discussions about tolerance,” writes Weinberg, “Tehran’s educational anti-Semitism and incitement to violence are as militant as ever. From demonizing Jews in lessons about ancient history to glorifying anti-Semitic terrorists as recently as 2020, Tehran’s current curriculum is brimming with state-sponsored bigotry.”

ADL national director and CEO Jonathan Greenblatt concludes: “It is no secret that the Iranian regime continues to promote extremism and terrorism and feeds its people on a steady diet of anti-Semitic and anti-American propaganda. Iran’s textbooks show how deeply ingrained this official campaign of incitement is within society, and how they are reaching impressionable young people with these xenophobic and dehumanizing messages as part of the formal teaching curriculum.”