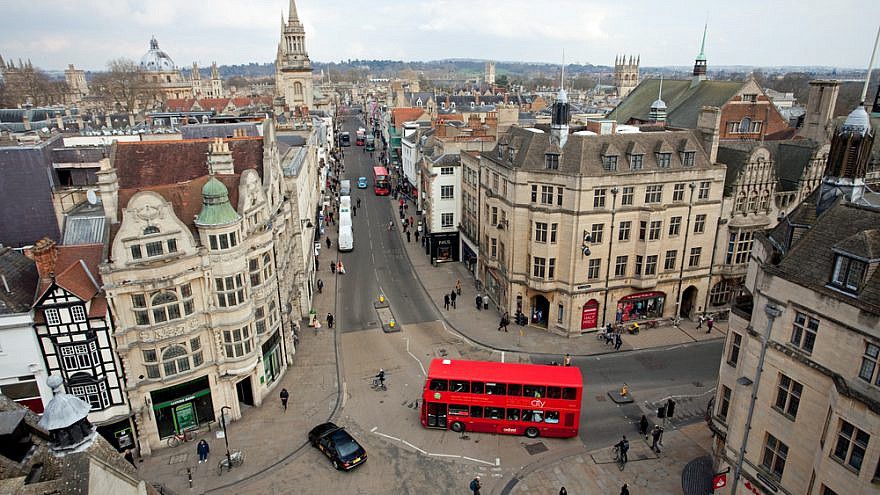 (March 26, 2021 / JNS) Archaeologists have discovered the first evidence that Jews living in England in the 12th and 13th centuries observed Jewish dietary laws, reported The Jewish Chronicle on Thursday.

The findings revealed this week are from a 2016 project on the site of demolished shops that overlapped Oxford’s old Jewish quarter. A team of archeologists was digging at a centuries-old outhouse and an area where waste materials were dumped when they made the discovery.

Julie Dunne, a biomolecular archaeologist at Bristol University who worked on the project, said that 171 animal bones were found at the site—136 were from poultry, and there were no bones from non-kosher food, such as pigs or shellfish.

More than 2,000 fragments of ceramic cooking vessels were also discovered. Using organic residue analysis, archeologists identified the kinds of fats that were absorbed into the pottery and sealed in it through constant use. There were no traces of non-kosher fats in the pottery, and no evidence of meat and milk being used in the same vessels, wrote the Chronicle.

According to Dunne, this is also “the first time a religious dietary signature has been identified using pottery fragments.”

The opportunity to search the excavation site almost did not happen because commercial developers were nearly complete in gaining planning permission to build over the area, said the newspaper. Only after intervention by historians Pam Manix and Evie Kemp, members of the Oxford Jewish Heritage Committee, was development of the site put on pause for four months so that archaeologists could excavate the area.