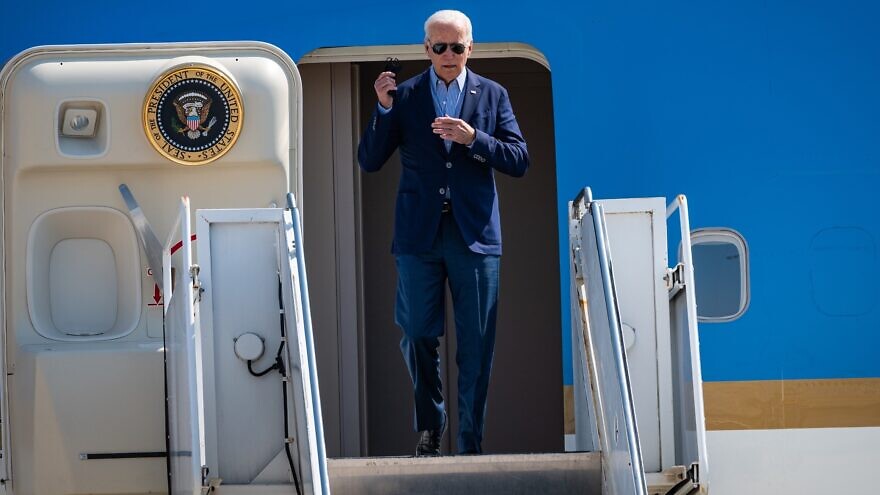 (July 8, 2022 / JNS) A senior Israeli official speaking on background to American reporters on Wednesday about U.S. President Joe Biden’s upcoming visit to Israel said he hoped that disagreements about the presentation of results of an independent, U.S.-led investigation into the May 11 death of Palestinian-American Al Jazeera reporter Shireen Abu Akleh in Jenin would not cast a shadow over the visit.

While the Israeli official called Abu Akleh’s death tragic, he noted problems with how the results of the investigation led by the U.S. Security Coordinator (USSC) were presented.

On Monday, the U.S. State Department released a statement saying that the investigation could not reach a definitive conclusion, as the bullet that hit Abu Akleh was too badly damaged. Yet the statement said the USSC concluded that the bullet that “likely” hit Abu Akleh came from the Israel Defense Forces by summarizing investigations conducted by Israel and the Palestinian Authority, adding that it was likely not intentional.

“I will say that we do have a problem with the way it was presented, as if the conclusion of the American side is based on a Palestinian [investigation] and an Israeli investigation,” said the official.

The official said he didn’t think there was any comparison between the two investigations.

The IDF, he said, conducted a very thorough investigation, with each soldier who was at the scene being questioned.

“Let’s not forget the context. They were there to arrest people who were about to go on a terror attack inside Israel following a wave of terror attacks in Israel that killed 20 people. And most of them originated from Jenin—a refugee camp in Jenin—where the P.A. lost control. That’s why the IDF was there on May 11,” said the official.

The thorough investigation of the incident by the IDF concluded that without a ballistic examination of the round, it could not be determined who killed Abu Akleh.

Considering the investigations on par with each other is problematic for the Israelis, said the official.

The other part of the investigation results Israel is objecting to concern the fact that while the USSG investigation was inconclusive, the release statement said that the bullet was most likely fired from the Israeli side.

“I think I would be more cautious in making such a statement because what Palestinian investigation exactly are you basing yourself on?” he said.

The official said the Israelis hope that the disagreement won’t “cast a shadow over” U.S.-Israeli relations, Israeli-Palestinian relations and the president’s upcoming visit. 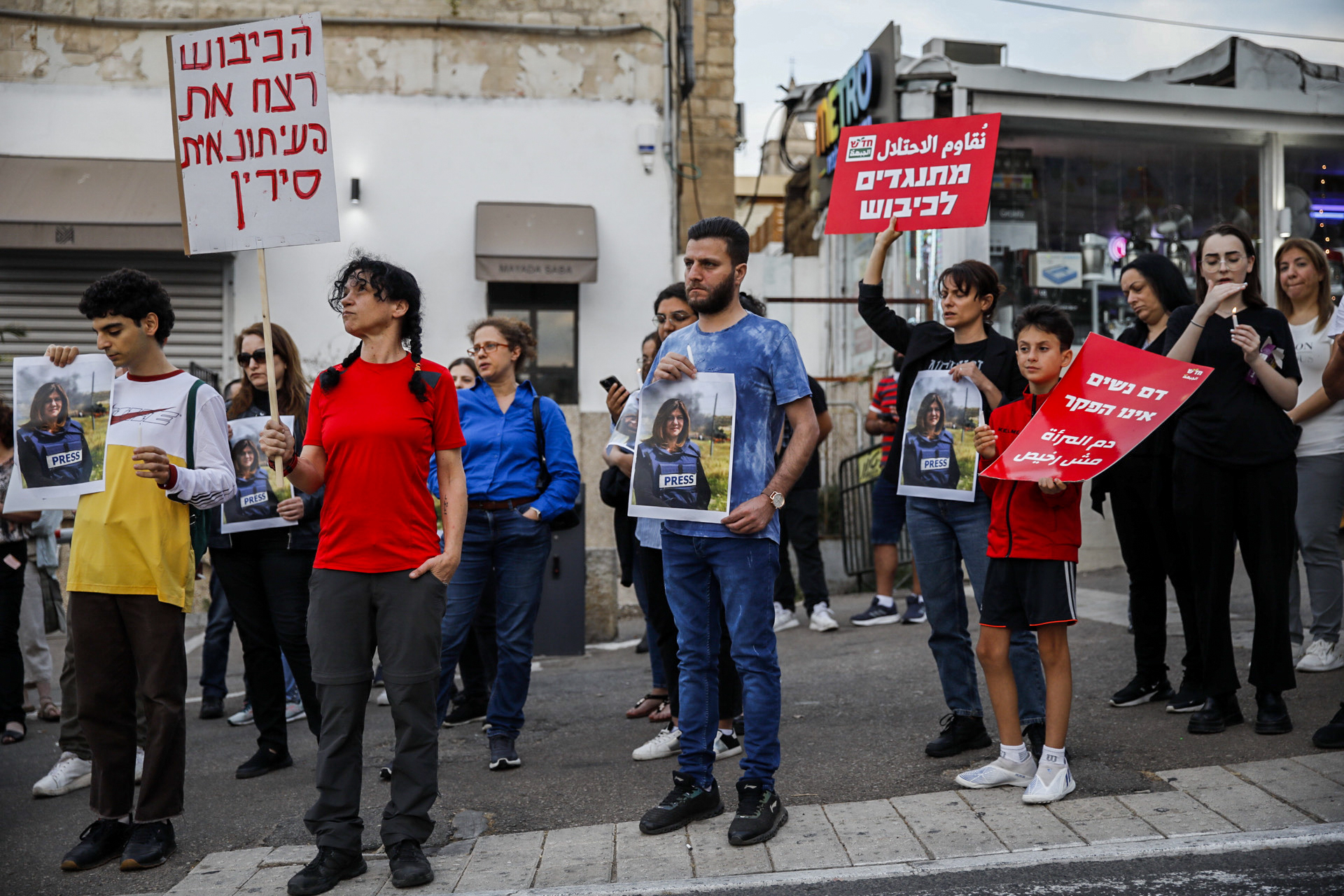 People attend a protest in Haifa condemning the death of “Al Jazeera” journalist Shireen Abu Akleh, who was killed during a raid of Israeli security forces in Jenin on, May 11, 2022. Photo by Shir Torem/Flash90.

‘The region is characterized by acute tensions’

Biden is expected to arrive in Israel on the afternoon of July 13, where he will be greeted as part of an official ceremony, and stay until July 15, when he will fly to Saudi Arabia.

Along with U.S. Secretary of State Antony Blinken and other senior officials, the president will hold bilateral meetings with their Israeli counterparts. He will also participate in a brief Zoom summit with leaders from the United Arab Emirates and India.

While in Israel, Biden is expected to visit the Iron Dome air-defense system and other missile-defense systems before talking with the Palestinians on Friday and meeting with P.A. leader Mahmoud Abbas.

A projected highlight of the trip will be the president’s stop in Saudi Arabia with the goal of improving the relationship between the United States and the Arab kingdom, which has been strained since Biden took office.

The official said that despite what has been said about the reasons Biden is visiting Riyadh, there is a logic and rationale for the visit as it pertains to regional cooperation.

From the Israeli point of view, he said, Saudi Arabia is a crucial strategic country in the Middle East and the Muslim world, and Israel would like to see it be part of the expansion of the regional cooperation. That includes the potential joining of the Abraham Accords, which has seen incredibly economic opportunity, trade, technology and other exchanges, and goodwill between Israel and the accords’ signatories.

“I think the importance of the president’s visit to Saudi Arabia goes beyond that because as we all know, the region is characterized by acute tensions between Iran and its proxies on one hand and major regional actors on the other. There are numerous conflicts in the region along sectarian and tribal, ethnic, national lines,” explained the official. “But one of the main areas of conflict is between Iran and its proxies—in Lebanon, Syria and Iraq, Yemen, Gaza—all around us, which poses a threat to many of us in the region. Certainly, to us in Israel, but to the Gulf countries and others as well.”

The official said that attempting to restore U.S.-Saudi relations, “and simultaneously getting Saudi Arabia to advance incrementally towards normalization with Israel, is important in the context of pushing back against radical forces in the Middle East, pushing back against Iran.” 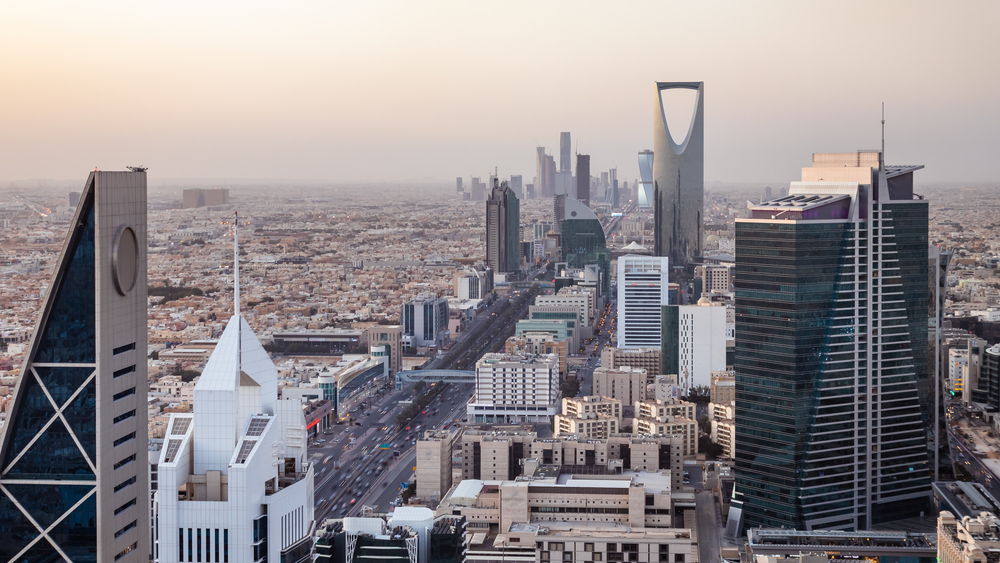 ‘Does it enhance security or not?’

In Saudi Arabia, Biden is expected to take part in the GCC+3 summit of the Gulf Cooperation Council with Egypt, Jordan and Iraq.

Both in Israel and likely during the summit, Biden will get an earful from nations concerned with the United States continuing to push towards re-entering the 2015 nuclear deal with Iran. The most recent attempt to revive the stalled talks in Qatar last month did not show results, after a year of talks with international powers in Vienna.

The official told reporters that it was ironic that the deal got stuck on an issue that has nothing to do with Iran’s nuclear weapons—namely, the effort to delist the Islamic Revolutionary Guard Corps as a foreign sponsor of terror.

The official said that while Israel was not principally against diplomacy, Israel’s concern is whether the deal benefits regional security.

“Our concern is what’s in the deal ultimately. Does it enhance security or not?” the official said. “So for us, with or without diplomacy, the key is to enhance the pressure vis-à-vis Iran, so that they realize that on one hand, the door is open for a dramatic outcome from which they may benefit, but at the same time, there are consequences for certain measures they take in both the nuclear and the regional context.”

But as far as discussion towards any kind of peace negotiations between Israel and the Palestinians, the Israeli official said that neither side is ready to take on such a task at the moment. With elections coming up in Israel, noted the official, there is going to be some “paralysis” for a few months, and the P.A. continues to be weak and dysfunctional.