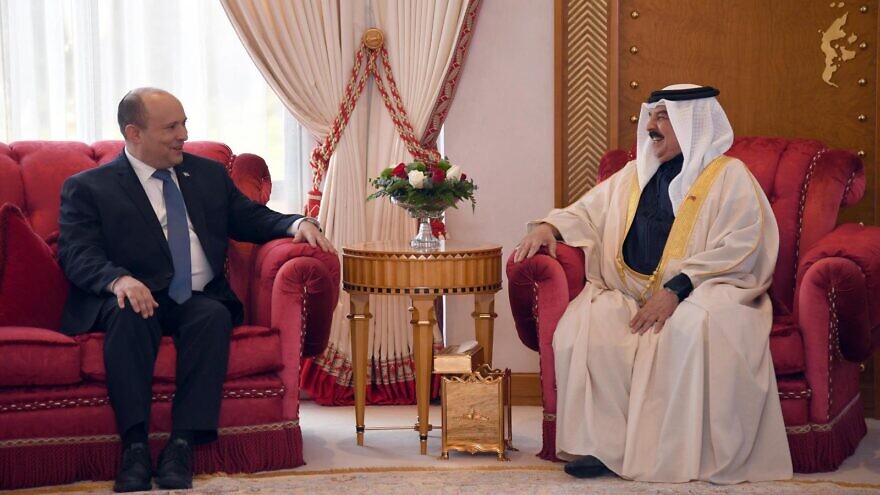 This is the first visit by an Israeli premier to Bahrain.

“I come from Israel with a spirit of goodwill, of cooperation, of standing together amid mutual challenges. I think our goal in this visit is to turn it from government-to-government to people-to-people peace and to convert it from ceremonies to substance,” said Bennett. “We want to fill this relationship with substance in energy, in drive, in economy, in tourism and in regional architecture.”

He specifically said he is looking forward to fostering relationships in high-tech, trade, agriculture and technology.

The prince spoke about the Abraham Accords, which the countries signed in the fall of 2020.

He said that “peace should be the endeavor for all responsible peoples. Not that we have ever had a war, but relations between our two countries were not at a level that could be construed as normal. And I think that if we see a wider Middle East that is free from conflict, that is based on principles of mutual respect, understanding and sharing responsibility towards security, we must do more to get to know one another and build upon the Abraham Accords, which have been such a historic agreement.”

Al Khalifa added: “We will hopefully do great things together.”