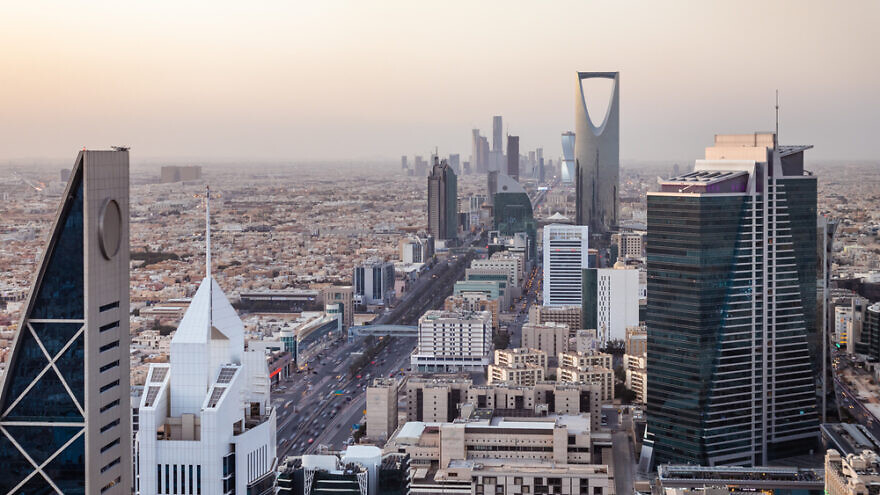 (December 26, 2022 / JNS) Only the United States can integrate an Arab air defense against Iran, David Schenker, a senior fellow at the Washington Institute for Near East Policy, said during a talk he gave this month at the Washington-based Jewish Policy Center on “Saudi Arabia in a Period of Change.”

Jewish Policy Center senior director Shoshana Bryen asked Schenker whether the Gulf states will distance themselves from Israel as the Biden administration is unenthusiastic about the Abraham Accords and seeks to revive the Iran nuclear deal.

Schenker, a former principal Middle East adviser to the secretary of state, replied that the U.S. is an irreplaceable ally for the Gulf.

He also discussed an issue that could harm the progress of the Abraham Accords: technology security issues in light of the Gulf states’ deepening relations with China.

The U.S. cannot sell the United Arab Emirates F-35 jets as promised in the Abraham Accords, he said, because the fighters require 5G communications, and the UAE has in place a Huawei Technologies Co. 5G telecommunications network, which would compromise the security of the joint strike fighter.

Schenker noted that the US has held technology security talks with both the UAE and Saudi Arabia. The recent cancellation by the United States military’s Central Command (CENTCOM) of talks with Riyadh was not in the best interest of the United States, he added.

He was not surprised by Arab fans’ poor treatment of Israeli journalists at the recent FIFA World Cup in Qatar. According to Washington Institute polling, no more than 35% of Emiratis support the Abraham Accords, Schenker said, putting the fans’ behavior in context.

He also mentioned that Saudi Arabia is making revisions to its textbooks, incorporating tolerance of Jews. Crown Prince Mohammed bin Salman selected an imam who publicly recognized the Holocaust and has advocated for other Arabs to do the same to give the chief sermon during the Hajj, Schenker added.