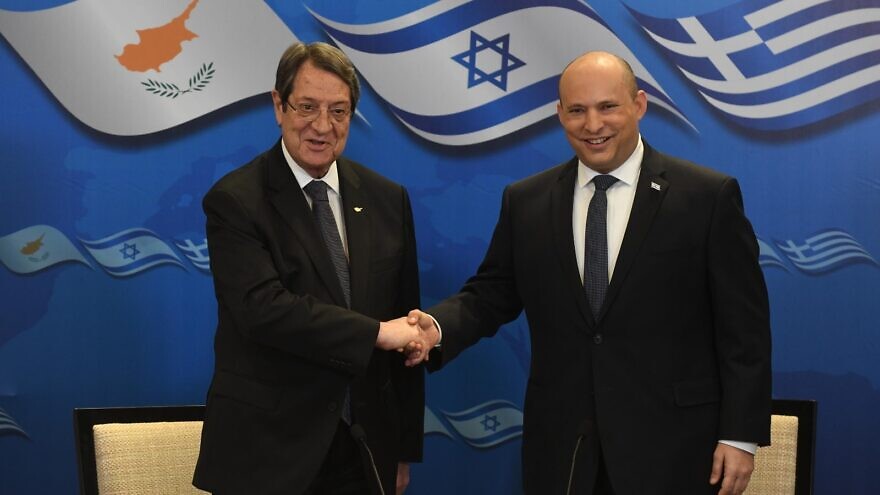 Israeli Energy Minister Karine Elharrar also attended the meeting, according to a statement from Bennett’s office.

“In a time when destructive forces are trying to become more destructive, it’s all the more important that we, the positive forces, work together in securing the prosperity, defense, economy of the eastern Mediterranean,” Bennett told the Cypriot leader.

“The relationship between our two nations goes beyond common interests. We share common values, and sometimes, common problems,” he added.

“The agreement strengthens scientific and technological cooperation between Israel and Cyprus and provides a new framework for advancing ideas and research between the two governments,” according to the statement.