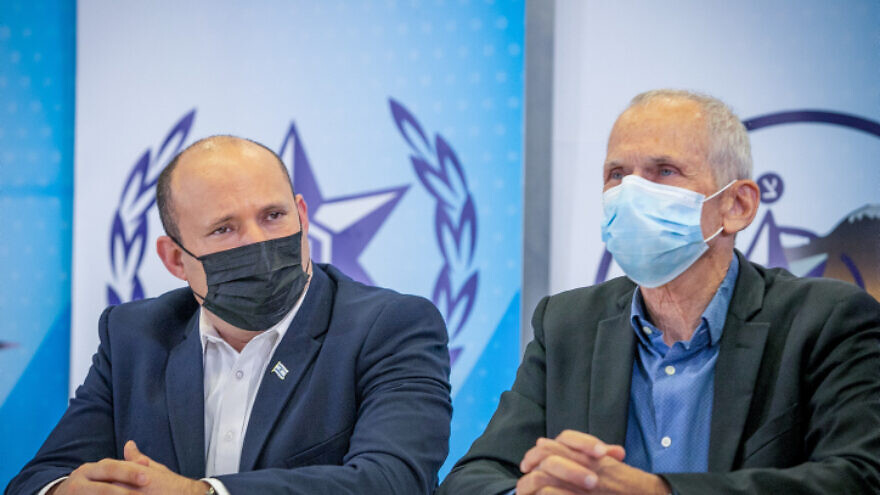 (June 22, 2022 / JNS) Israel’s prime minister Naftali Bennett, public security minister Omer Barlev and the country’s police commissioner announced the formation of the Israel National Guard, which will be part of the Israel Police.

“Today we are starting out with a budgeted and approved decision to establish the Israel National Guard,” said Prime Minister Naftali Bennett in a statement on Tuesday. “The goal is to triple the overall strength of the Border Police units,” he added.

The establishment of the new force is a result of the lessons learned from the violence that erupted across the country during “Operation Guardians of the Walls” in May 2021, according to the statement.

“The Israel National Guard will be a trained and skilled force that will be able to operate in several areas simultaneously and deal with disturbances and emergency scenarios,” the statement said.

The National Guard will comprise three different types of forces: conscripted and professional Border Police personnel, a reserve force consisting of 46 combat companies, 28 of which currently exist and 18 of which will be added in the coming years, and a volunteer force of Israel Defense Forces reservists.

The combat companies will be equipped with advanced equipment, according to the statement, after it became clear last year that Border Police reserve companies were inadequately equipped to deal with mass rioting.

“This is a genuine revolution,” the officials said. “The establishment of the reserve force will be carried out in three stages within two years.”

The volunteer force of reservists will be made up of a standing force of 8,000 volunteers, who will be joined by 1,500 additional volunteers over the next year, and a new volunteer force, dubbed the Hod Company, which will grow to 2,000 members by 2023.

“The Hod Company members will be trained to deal with disturbances and emergency scenarios. Members will keep equipment at home and be available for immediate action,” said the statement.

Meanwhile, the Israel Police’s civil guard of volunteers will also be strengthened by approximately 3,500 additional volunteers at existing stations “in order to expand readiness on the streets and strengthen the sense of security on a daily basis,” according to Bennett’s office.

The prime minister, who on Monday announced the dissolution of his government, said that for him, the launch of the new force was “the closing of a circle.”

“I came into office as Israel was licking its wounds from ‘Operation Guardian of the Walls.’ We saw severe disturbances in Lod, Acre and around the country, and everyone got it,” he said. “We all understood that while we were talking about Iran and Hezbollah, the problem begins at home.”