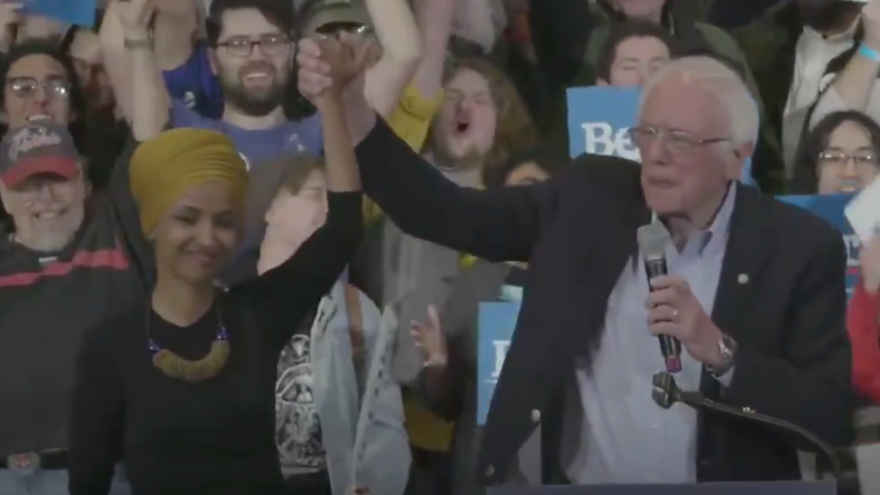 “@IlhanMN is a woman of incredible strength. We need her leadership in Congress. I’m pleased to endorse her campaign for reelection,” captioned the former Democratic presidential candidate, who was endorsed by Omar, in a Twitter post that includes a video of Sanders announcing his endorsement for Omar.

In the video, Sanders touts Omar as “one of the leaders in the Congress in fighting for economic and social and racial and environmental justice,” while claiming that Omar “has been subjected to more vile and racist attacks than any other member of the Congress” and praising her for having “responded with incredible dignity and pride that should make the people of her state and her district extraordinarily proud of her.”

Sanders went on to say that Omar is “a woman of incredible strength and dignity.”

“We need Ilhan’s leadership in the Congress,” he continued. “We need her voice speaking out for justice.”

.@IlhanMN is a woman of incredible strength. We need her leadership in Congress. I’m pleased to endorse her campaign for reelection. pic.twitter.com/qtCscIyOLJ

The video was paid for by Sanders’s principal campaign committee, Friends of Bernie Sanders.

The move comes one day after the congresswoman picked up an endorsement from U.S. House Speaker Nancy Pelosi (D-Calif.).

In February 2019, a month after being sworn in, Omar accused AIPAC of paying members of Congress to back Israel, saying it was “all about the Benjamins.”

The following month, she pointed fingers at her “Jewish colleagues” for attacking her and Rep. Rashida Tlaib (D-Mich.) for labeling their criticisms as anti-Israel because of the Muslim faith of the two congresswomen, in addition to slamming her critics regarding “the political influence in this country that says it is OK to push for allegiance to a foreign country.”

This led to the passing of a House resolution condemning anti-Semitism and other forms of hatred that did not call out Omar by name.

Antone Melton-Meaux, one of four challengers to Omar in Aug. 11 primary, has raised money from pro-Israel groups, including $487,000 from NORPAC and Pro-Israel America PAC. He has outraised Omar between April and June with $3.2 million to her $471,000.