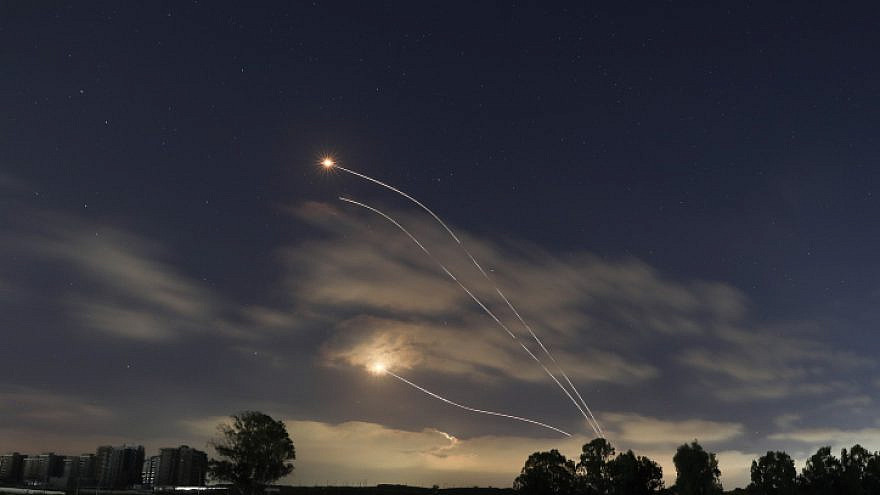 (June 22, 2021 / JNS) Researchers at Ben-Gurion University of the Negev (BGU) have developed the first methodology to assess symptoms associated with continuous exposure to traumatic stress from rocket attacks and other security threats not currently measured by diagnostic criteria.

Published in the journal PLOS ONE, the study identified three distinct factors: exhaustion/detachment, rage/betrayal and fear/helplessness.

In the study, researchers sampled 313 adults who were and were not exposed to ongoing security threats between December 2016 and February 2017. Respondents lived in communities bordering the Gaza Strip in southern Israel, where frequent rocket fire requires them to find shelter in 30 seconds or less. Researchers compared the concurrent validity of CTSR relative to the Post-traumatic Diagnostic Scale (PDS).

The findings indicated that the CTSR measures a construct related to, but distinct from PTSD; responses to ongoing exposure to threat are wider and more intensive than those associated with single traumatic exposure and may include cognitive, behavioral and emotional effects that are not part of traditional PTSD criteria.

Among CTSR criteria, a reduced sense of safety, distrust and mental exhaustion emerged with ongoing exposure to stressors. Other symptoms include social withdrawal, feelings of emptiness, hopelessness, estrangement and feelings of constantly being threatened.

“These findings imply that it is not exposure to ongoing threats per se, but rather the level of perceived threat (i.e., likelihood of injury or harm) that accounts for the difference in the prevalence and severity of CTSR stress symptoms,” says Goral. “Compared with distant communities, border-adjacent communities are much more vulnerable to rockets and tunnel infiltration, creating an atmosphere of tension and fear.”

Professor Limor Aharonson-Daniel, head of PREPARED and Goral’s Ph.D. supervisor, notes that “further studies are being conducted with larger samples and in broader populations around the Gaza Envelope. Future research will include international implementation in various languages and with other populations exposed to ongoing conflict or persistent civil war (e.g., Syria). This cross-cultural research will help identify the similarities and differences between conflict zones and cultures and facilitate the generalization of the CTSR scale.”

“This study, and the diagnostic tool it yields, could benefit Israel and people around the world who suffer from continuous trauma and related symptoms,” says Doug Seserman, chief executive officer of Americans for Ben-Gurion University. “We look forward to seeing new research and development from BGU that continues to build off of this work.”